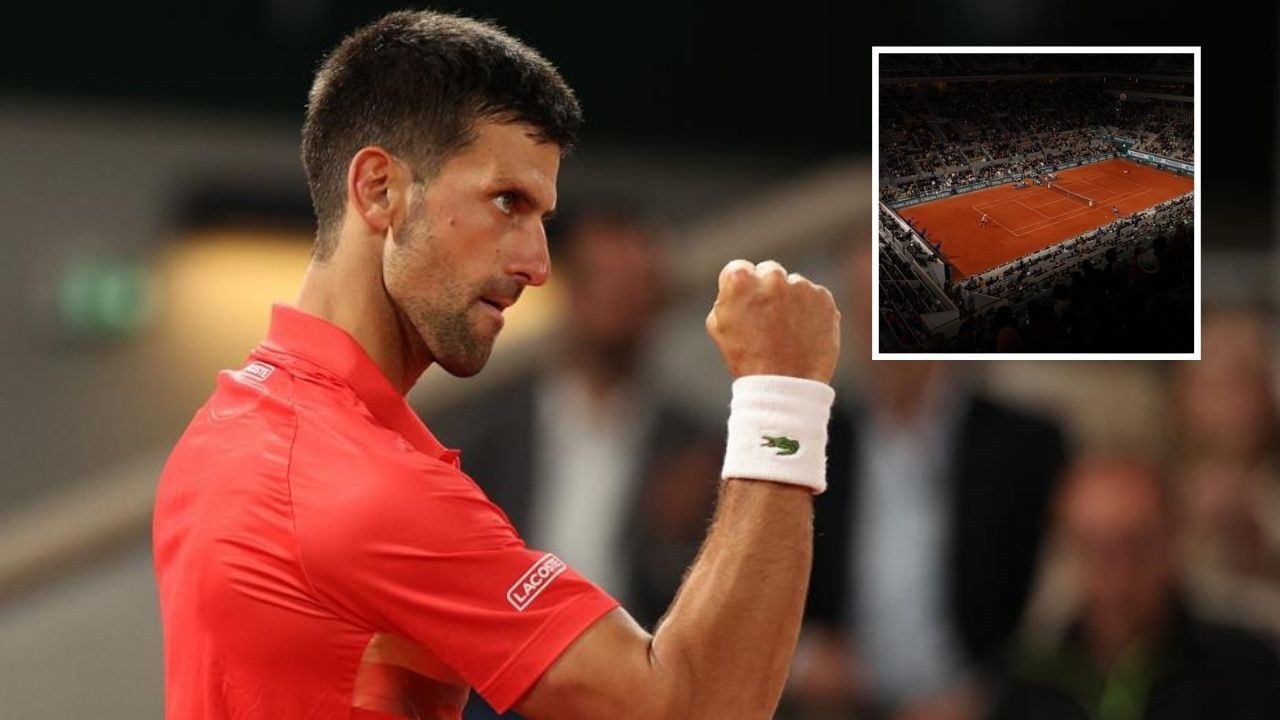 Novak Djokovic was booed by the French Open crowd, but he had the perfect response as he played with the fans during his first-round win.

Defending champion Novak Djokovic reached the second of the French Open as the world number one returned to Grand Slam tennis for the first time this year.

The top-seeded Serb, who turned 35 on Sunday, is playing in his first Grand Slam since losing the US Open final last September.

His attempt to defend his Australian Open title in January ended in chaos and controversy when he was deported from Melbourne after refusing to be vaccinated.

In a cold and wet Paris on Tuesday (AEST), Djokovic raised his record in first-round matches at Roland Garros to 18-0 with his win over 27-year-old Nishioka after converting eight of 18 break points.

Djokovic will next face Alex Molcan from Slovakia or Federico Coria from Argentina.

Molcan, the runner-up in Lyon at the weekend, is managed by Marian Vajda, Djokovic’s longtime former coach.

Djokovic wasn’t exactly a fan favorite in the Nishioka clash. At one point, his roar after winning a point was met by boos, prompting an even louder roar from the Serb after winning the next point, prompting, yes, you guessed it, even more boos!

Meanwhile, Rafael Nadal kicked off his quest for a 14th French Open title with a straight-sets victory over Australia’s Jordan Thompson, but former world number one Naomi Osaka and defending champion Barbora Krejcikova fell in the first round.

Nadal, on a quarterfinal collision course with Djokovic, outclassed Thompson 6-2, 6-2, 6-2 to improve his Roland Garros record to 106 wins and just three losses since his title-winning debut in 2005. .

“I am very happy with today’s victory. I’m happy to get through in three sets,” said fifth-seeded Nadal.

“It is a first round, a positive game for me. Direct games but with a significant margin for improvement”.

The Spaniard, who last week brushed off concerns about a recurrence of a foot injury that plagued him in Rome, faces Corentin Moutet in the second round after the French wild card defeated 2015 champion Stan Wawrinka.

Osaka, the unseeded four-time Grand Slam winner, was eliminated earlier in the day 7-5, 6-4 by Amanda Anisimova, the same player who ended the Japanese star’s title defense at the Open. Australia this year.

Osaka served eight double faults and committed 29 unforced errors in her return to Roland Garros, after retiring in 2021 when she refused mandatory media commitments before revealing she was suffering from depression.

“I think I tried really hard, and I feel like it was a bit unlucky because I didn’t get to play as many matches before this tournament,” Osaka said.

Anisimova, the 27th seed, reached the semifinals in Paris three years ago.

When rain halted play on the outer courts for two hours, Krejcikova followed Osaka through the starting gate, falling 1-6, 6-2, 6-3 to 19-year-old Frenchwoman Diane Parry in her first match. since February after an injury. .

The Czech world number two had yet to play on clay this season after being sidelined with an elbow problem.

“I think I broke down physically and, I mean, it was difficult because I didn’t play the matches,” said Krejcikova, who is about to drop out of the top 10.

Iga Swiatek, the favorite for the women’s title, extended her winning streak to 29 matches by dispatching Ukraine’s Lesia Tsurenko 6-2, 6-0 in 54 minutes.

The 20-year-old Swiatek, who took over as world No. 1 following Ash Barty’s shock retirement, has won his last five tournaments and is vying for a second French Open in three attempts.

“Today was a pretty good game,” Swiatek said. “I love playing here even though the last few days it’s been raining and quite dark.”

Swiatek is undefeated since February and has the longest winning streak on the WTA tour since Serena Williams won 34 matches in a row in 2013.

“I’m pretty sure it can finish, but I just want to keep going. I’m sure one day my streak will stop,” Swiatek said.

Originally Posted as Boos playing French Open like Djokovic, crowd trolling each other