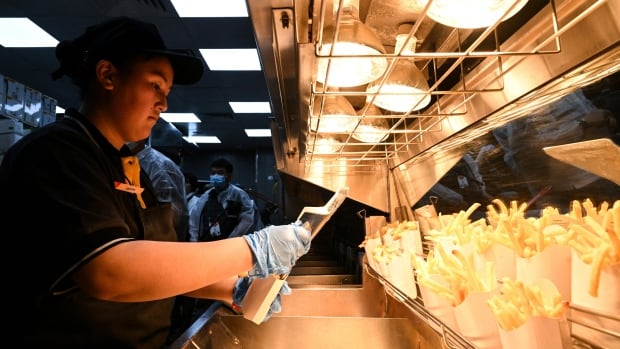 The head of the company that now runs the former McDonald’s restaurant chain in Russia told a commercial television channel that potato chip producers are refusing to supply the country and warned that attempts to increase domestic processing are fraught with difficulties.

McDonald’s left Russia after a Western backlash against Moscow’s military campaign in Ukraine, which included a barrage of economic sanctions, and sold all the restaurants it owned to a local licensee in May.

The new ownership was keen to emphasize that high quality standards would be maintained or even improved, and that consumers would not notice much of a difference. Since then, he has been forced to admit that he faces a shortage of crisps until the fall, blaming a poor harvest in Russia and supply chain problems.

“What has happened now is that, due to well-known events, many foreign companies, I would even say all the major potato chip producers, have refused to deliver this product to Russia,” Paroev told RBC TV, a business channel. , Thursday night.

Paroev said that the factories producing potato chips in “friendly” and “enemy” countries belong to five or six major companies, whose headquarters are in hostile countries, and therefore have refused to supply Russia.

Moscow considers the countries that have imposed sanctions against Russia for its actions in Ukraine to be “unfriendly”.