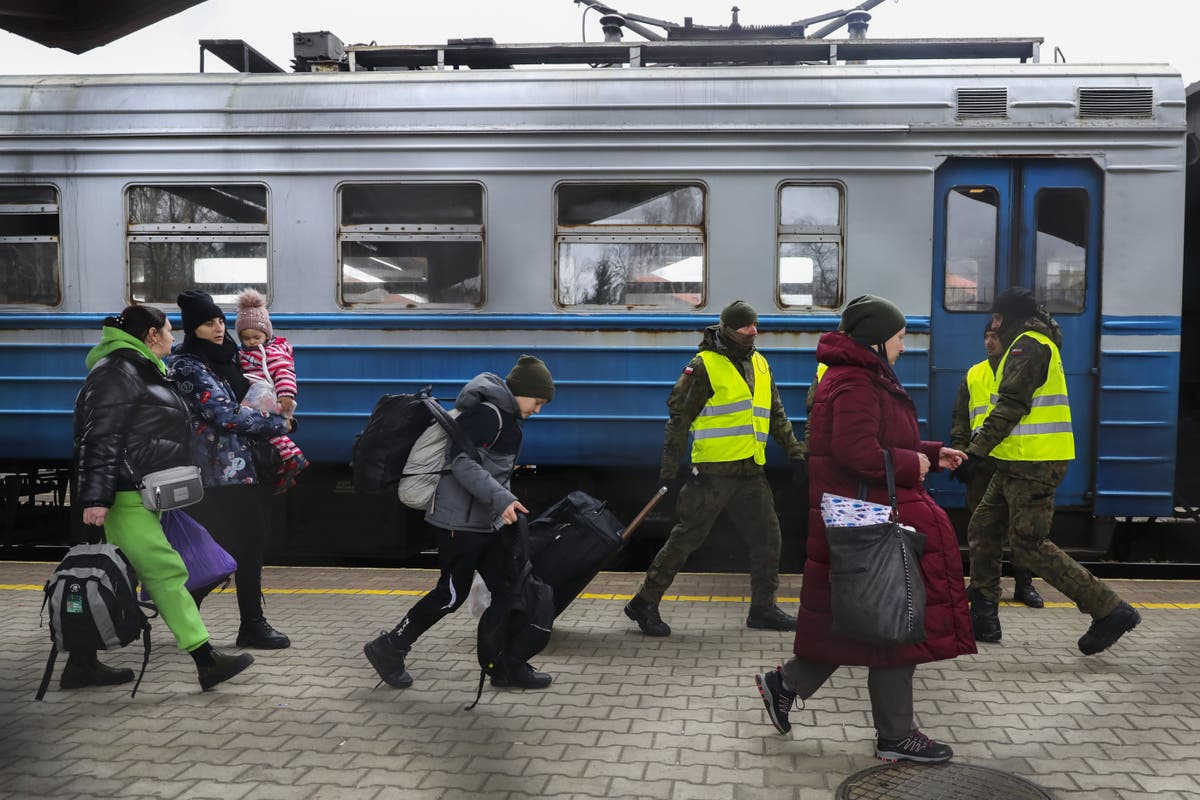 France has accused Britain of “lacking humanity” in helping fleeing Ukrainians join their families in the UK via the French port city of Calais.

French interior minister Gerald Darmanin, in a strongly-worded letter to his British counterpart Priti Patel, urged London to set up a proper consular presence in Calais to issue visas after 150 Ukrainians were turned away and asked to obtain visas at UK consulates in Paris or Brussels.

The French minister, in his letter, said the UK’s response was “completely unsuitable” and showed a “lack of humanity” towards refugees “in distress”, reported news agency AFP.

“It is imperative that your consular representation, exceptionally and for the duration of this crisis, is able to issue visas for family reunification on the spot in Calais,” Mr Darmanin added.

France had announced last week that Britain would set up a pop-up visa center in the port city after London announced a scheme to allow family members of Ukrainians settled in the UK to enter the country.

Following the announcement, hundreds of Ukrainians traveled to Calais in an attempt to reunite with their families in the UK.

“Our coasts have been the scene of too many human tragedies. Let’s not add to that those Ukrainian families,” Mr Darmamin added.

The number of refugees fleeing Ukraine is expected to reach 1.5 million as Russia’s unprovoked invasion of Ukraine entered the eleventh day on Sunday. The UN has warned that the war could displace nearly five million people.

Most refugees were seen moving to the west towards Poland, Slovakia, Romania, Moldova and Hungary. Poland, which has opened its doors to the lion’s share of Ukrainian refugees, has reportedly absorbed over 650,000 people.

The European Union has announced measures to accommodate the refugees for up to three years. British Prime Minister Boris Johnson last week promised to be “very generous” to refugees seeking safety.

Ms Patel on Friday formally launched the Ukraine family visa scheme during a visit to Madyka in eastern Poland on the border with the battered country.

“I have developed the Ukraine family scheme following discussions with the Ukrainian government and neighboring countries and I am proud to have launched it within a matter of days, enabling Ukrainians with family in the United Kingdom to be welcomed safely, quickly and free of charge, ” she said ahead of her visit.

The Independent has a proud history of campaigning for the rights of the most vulnerable, and we first ran our Refugees Welcome campaign during the war in Syria in 2015. Now, as we renew our campaign and launch this petition in the wake of the unfolding Ukrainian crisis, we are calling on the government to go further and faster to ensure help is delivered.