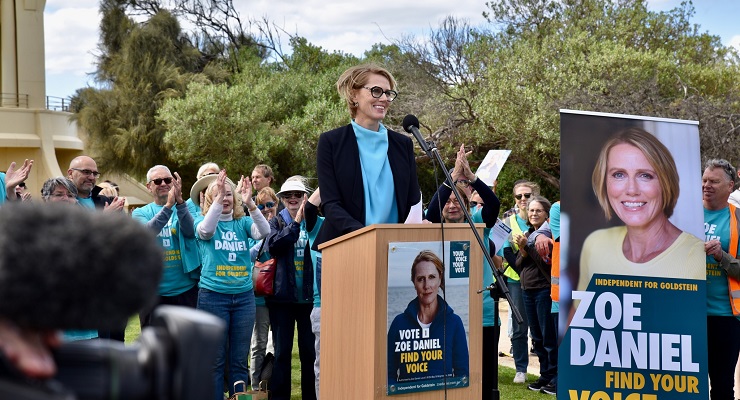 Ian Macphee served as a Goldstein Liberal Fellow for 16 years, between 1974 and 1990, and was a minister during the Fraser government.

I once intended this article to be about how the Liberal Party could reform itself, away from the unrepresented power-hungry types, who to promote their own vested interests have inserted supporters into the Liberal branches, and return to the party. of Menzies and Fraser, the party I served as minister, a party that put the electorate first, not their powerful peers.

But I realize that the Liberal Party cannot reform itself. I just can’t write that article. The rot is too entrenched; the need for a hard reset is too great.

As my former colleague Fred Chaney recently wrote, the Liberal Party’s focus is now on cheap daily political arguments, not a long-term vision for Australia. I also agree with Fred that we need a federal commission to investigate political corruption with full authority to investigate the financing of all political parties and their candidates, and independents.

If there could be an independent investigation into the financial aspects of the party, I think it would reveal serious corruption. The fossil fuel industry has been funding the Liberal Party for many years. Hence the failure to adopt progressive policies on climate change and Scott Morrison’s refusal to give real power to an independent commission on corruption.

The party ignores the fact that most voters are aware of the need to act on climate change and oppose the outrageous treatment of refugees.

Labor has also shown failings and some of my friends who have always supported Labor fear that they may also receive funding from fossil fuel companies. In fact, many have no doubts about it.

For these reasons, I strongly support the election of independent candidates in Liberal Party electorates.

All those who have been elected seem to be progressive independents who prioritize vital issues, while the current liberal members are subject to the dictates of the central office. Even more important is that the independent candidates are women. For too long we have had parliaments dominated by men who are unaware of the issues women face at work and at home.

The independent candidate in Goldstein, my old constituency, is Zoe Daniel, a former distinguished reporter for ABC, especially on foreign affairs. I have long admired her objectivity and insight.

A sincere listener, Daniel never speaks over people or anticipates what they will say. He believes that he will enrich the quality of the Federal Parliament because he will widely consult the electorate and represent his views on important issues in Canberra. This is crucial to the functioning of our democracy.

Throughout the campaign, Daniel has had constant contact with Goldstein’s constituents at many grassroots meetings. These have been mostly small so that as many people as possible can express their views on important issues and not just sit in front of a large audience. In doing so, Daniel has won the open support of thousands of voters.

I witnessed this especially at the launch of their campaign at a sports oval. Daniel spoke eloquently and succinctly about many important community concerns to enthusiastic applause from a crowd of over 2,000 supporters.

This contrasts sharply with the decades of control of candidates by chapters at the state and federal levels. As a result, there has been little discussion in the electorates, a problem that has been greatly exacerbated by the demise of local media.

Daniel understands the evolving world that is greatly influenced by the staggering rate of advancement in communication technology. She will work with the constituents to adapt to it and make the most of it. Also, with her postings abroad with ABC, she has a deep understanding of the issues important to Australia and the need for policy to be shaped here and not imposed from abroad, especially in the US.

If no party wins a majority in the upcoming elections, let’s hope progressive independents can help form a government we can be proud of.

I am sure that Daniel will work with other progressive independents to help frame policies that the major parties will no longer follow due to vested interests, especially due to funding from fossil fuel companies.

Malcolm Fraser left the Liberal Party when he treated asylum seekers inhumanely. I was one of dozens of prominent people who joined him in trying to establish a genuinely liberal party. One of the other activists was a national treasure, a former Labor Minister, Barry Jones. Sadly, Malcolm died when the formation of the Reform Party of Australia was just beginning.

I now hope that the rise of progressive liberals in the upcoming election lays the groundwork for the rise of a reformist party of the kind that Malcolm and his colleagues sought to establish. Much depends on the outcome of the elections on May 21.