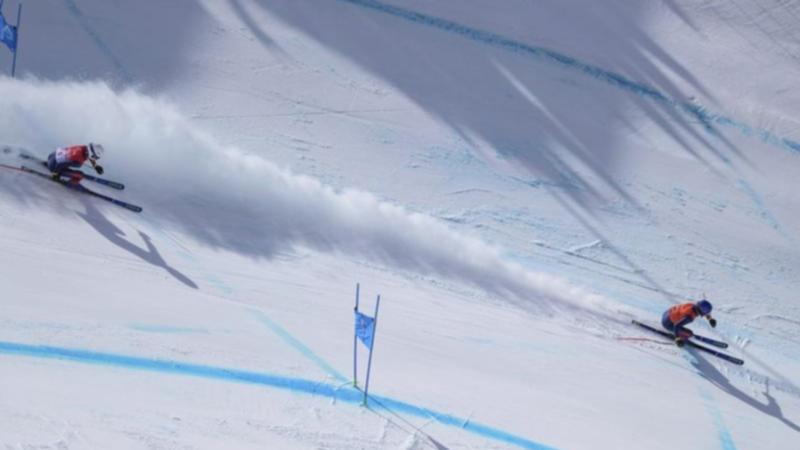 The late timing of the Winter Paralympics rolling into spring is already playing havoc, with several Australians having an event moved forward due to concerns over melting snow.

Mitch Gourley, Sam Tait and Patrick Jensen, plus his sighted guide Amelia Hodgson, were all due to compete in men’s Super Combined in Yanqing on Tuesday.

But with rising temperatures in Yanqing, the category has been moved forward to Monday, with the Super G section in the morning and the slalom in the afternoon.

It means the para alpine skiers are now set to clash with Ben Tudhope’s para snowboard cross final, which is in Zhangjiakou.

“Due to high temperature and risk of snow melting, CSCC made the decision to advance Para Alpine Super Combined M/W All Classification,” the Winter Paralympics said in a statement.

“It’s not changing anything really, it’s just changing when the day is off,” he said.

Despite the rising temperatures, the quality of the snow held up during Sunday’s Super G.

Artificial snow, including chemicals, has been used at the Games, which have now rolled into spring.

“Honestly, if anything it was better,” Jensen said after finishing sixth in the men’s Super G vision impaired.

“It’s better than what I would have expected for how warm it is – it was uncomfortably warm up top, but the snow is holding up really well.

“Everywhere else in the world where I’ve skied when it’s warm like this, the snow goes slushy and slow and bumpy and hectic.

“They’ve put in some amazing chemicals or something to the snow here that’s kept it the perfect layer.

“It’s held up so well and I couldn’t be happier with what the snow’s doing.

“Honestly it’s blue bird and sunny. I feel like I’m back in Australia.”