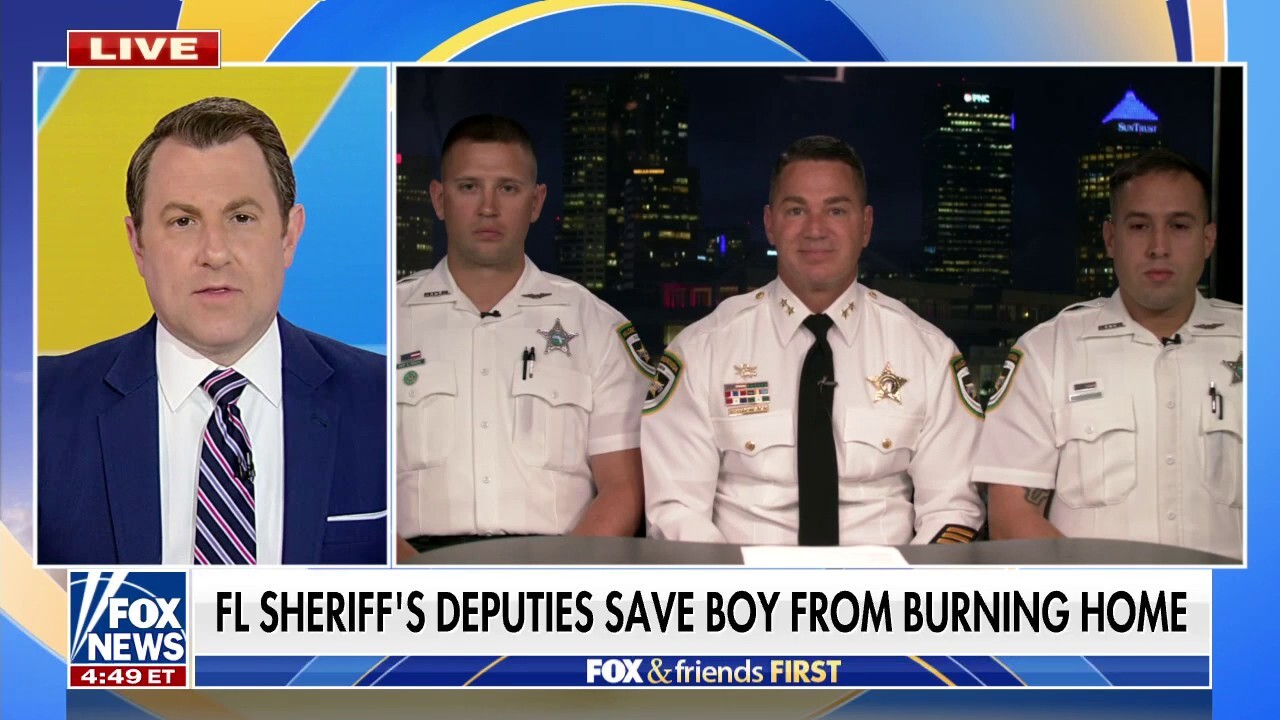 A Florida sheriff is applauding his deputies after they saved a 9-year-old boy from a house fire, saving his life at the last moment.

“It’s their quick actions, their bravery, the fact that they never gave up on that kid, trying to give them every chance to survive,” Sheriff Chronister told co-host Todd Piro. “It is his heroic actions that are the reason this child is alive today.”

“You can talk about all the training, the tools, the equipment, but it’s their big heart, the fact that they never gave up, that’s why we’re celebrating a victory today,” he continued.

The house fire took place in Seffner, Florida, on Thursday night. When officers arrived on scene, they were told a child was still inside the house, already engulfed in flames.

Maldonado and Reich were able to break a window, enter the house and rescue the boy.

“Alex was the one who located the child right inside the bedroom,” Reich said. “I was able to hear him from across the residence that he had located the child, and at that point, we went to work and made sure we got him out of there safely.”

“That room was completely filled with smoke,” he continued. “So every minute counts at that point. Every second counts.”

The boy’s mother was also on the scene, as officers scrambled to find her son.

“I was frantic,” Maldonado recalled. “She was screaming. She was actually trying to get into the house.”

According to Sheriff Chronister, the boy is “doing very well” and is expected to make a full recovery.