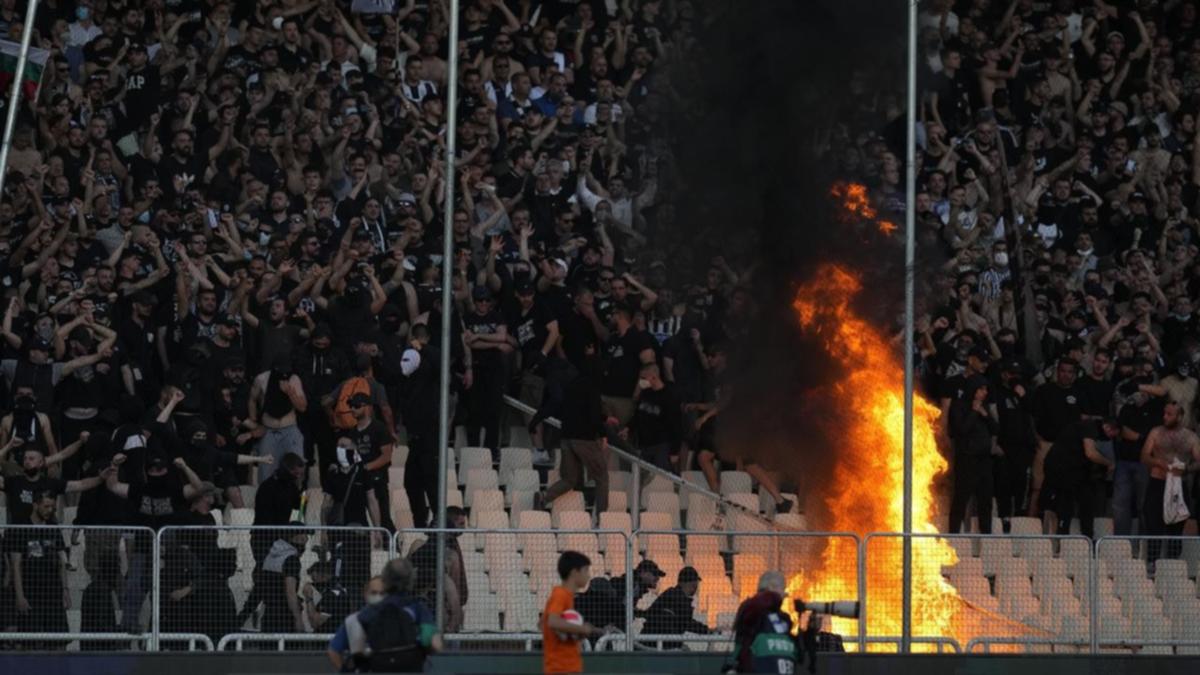 Fans of Greek Cup finalists Panathinaikos and PAOK set off flares and clashed with police inside the Olympic stadium ahead of Saturday’s match, delaying the start.

More violence during the game led to the suspension of the match.

The violence erupted an hour before the match began as spectators began pouring into the stadium.

Panathinaikos and PAOK fans attempted to enter the area of ​​empty seats separating the fans and riot police responded with tear gas to disperse the crowd.

Greek soccer has been plagued by violence on and off the pitch and authorities have repeatedly promised to clean up the game. Fights between football fans are frequent before or after a match and it is not uncommon for a match to be interrupted by crowd trouble or pitch invasion, despite heavy fines.

The government has tightened rules to combat violence at sporting events following the killing of a 19-year-old soccer fan earlier this year in what is believed to be an attack by rival supporters.

In the same match, Panathinaikos took a 1-0 lead thanks to an Aitor Cantalapiedra penalty in the 34th minute. However, the match was abandoned after the scorer appeared to be hit by a missile launched from the stands after the players will celebrate near the PAOK fans.