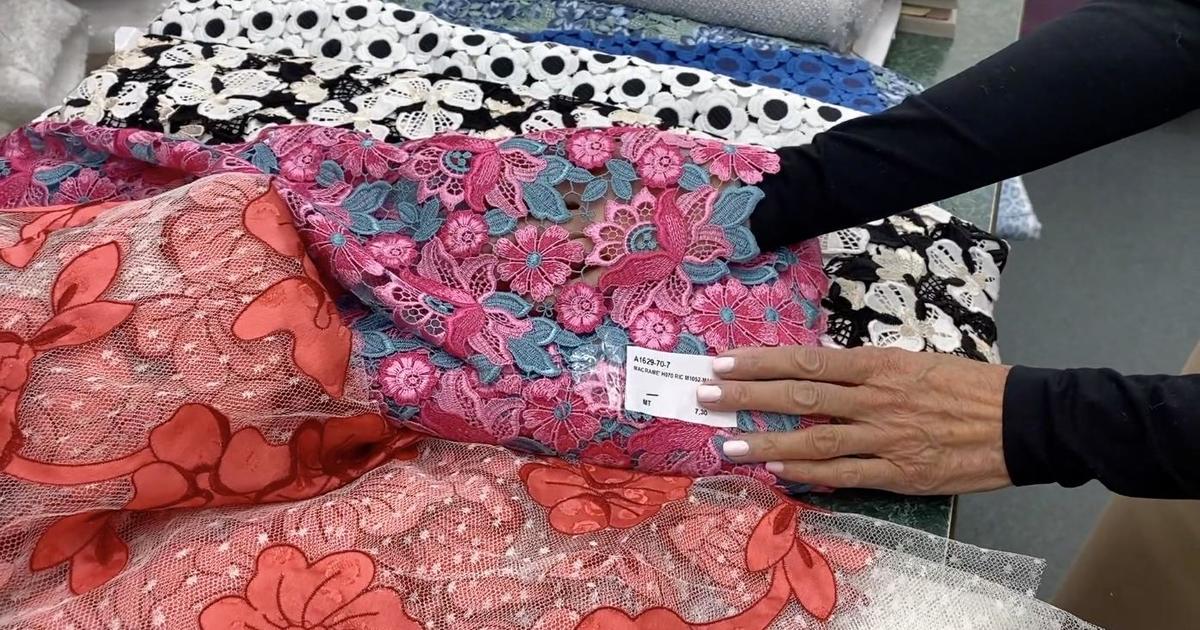 NEW YORK – Mendel Goldberg Fabrics is a room full of color, vibrant hues that form patterns and prints from floor to ceiling.

“I only want the best because the best is always good enough,” he said.

For Alice, the store is a family tradition and is named after her great-grandfather, a Polish immigrant. Upon her arrival in New York in the late 19th century, she began selling tailoring items out of a pushcart.

The cart became a physical store with the purchase of the Hester Street building, which has remained in the Goldberg family for generations.

“I grew up in this business since I was a child,” Alice said.

His fabrics are sold by the meter to make suits, dresses, curtains and pillows.

Some visitors shop for supplies for home sewing projects, while others snap for custom clothing.

“We do a lot for brides, and we have excellent seamstresses who make the garment at different prices,” Alice said. “There is a fabric for every customer. I think now we can meet almost any budget.”

For Alice, the most important part of the job is respect and consideration for all clients.

“That’s what my father taught me. You never judge a client. They all get the same treatment,” he said.

His staff includes Louis Ortega, an honorary member of the Goldberg family after 32 years on the job, and his daughter Josie, the fifth generation to take up the family trade.

For Alice’s grandchildren, several of whom are named after their predecessors, the store’s history inspires school essays and art projects. Fabrics from the family store have been turned into custom-made dresses for her bat mitzvahs.

“I walk in here every day and feel my family’s legacy,” Alice said.

The Dig with Elle McLogan

Elle McLogan joined CBS2 in September 2017 as a digital reporter for CBSNewYork.com.