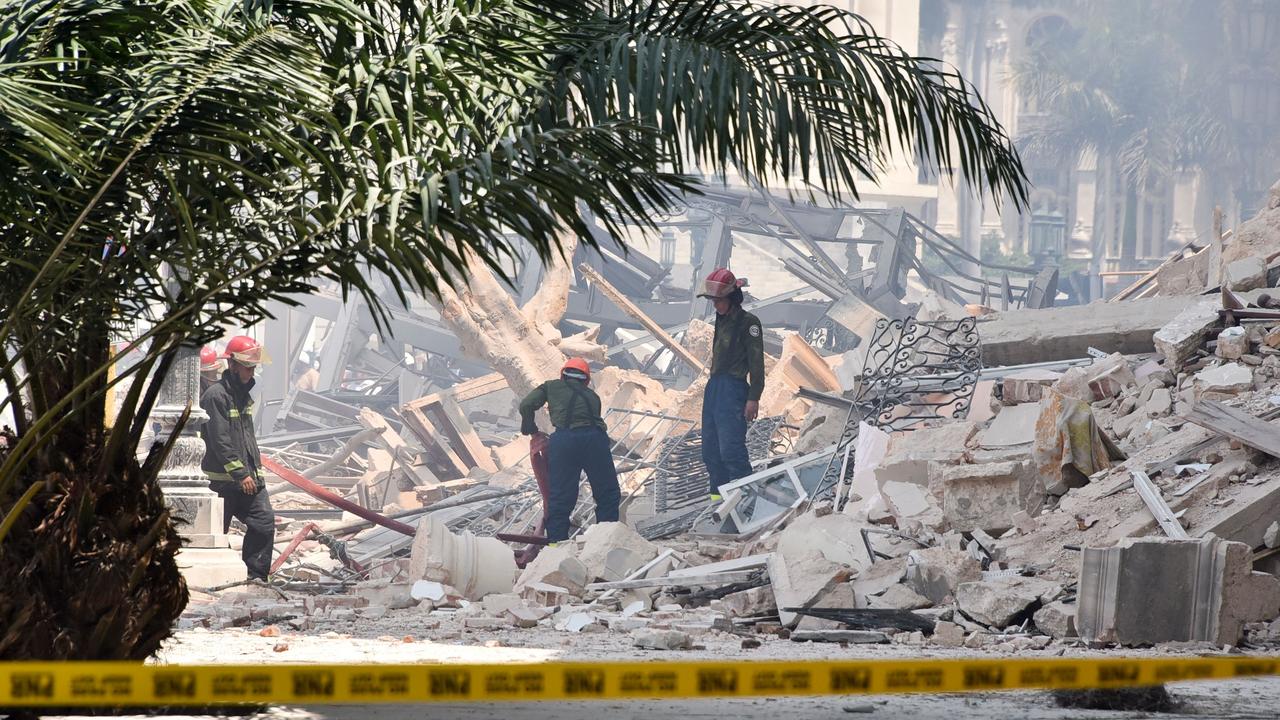 A prestigious hotel in Cuba is in ruins after a powerful explosion that killed at least eight people and injured dozens more.

A five star hotel has been destroyed in Cuba killing eight people and injuring around 30 more.

The Cuban government has said the explosion was likely caused by a gas leak.

It is not known if any Australians were injured in the incident.

Rescuers searched for survivors in the rubble after the explosion sent a huge cloud of dust and smoke from the prestigious Saratoga hotel.

The blast tore off much of the facade, blew out windows and destroyed cars parked outside the hotel, which is known for hosting celebrities like Madonna and Beyoncé.

“So far eight people have died and some 30 are hospitalized,” tweeted the Cuban presidency.

The first four floors of the establishment, which was empty of guests during the renovation, were destroyed.

“Initial findings indicate that the explosion was caused by a gas leak,” the presidency said.

Ambulances and fire trucks rushed to the scene and police cordoned off the area, dispersing people who were rushing to the scene.

President Miguel Díaz-Canel, accompanied by Prime Minister Manuel Marrero and the President of the National Assembly, Esteban Lazo, arrived at the scene while the rescue operation began.

According to the Hotel Saratoga website, it is a luxury establishment with 96 rooms, two bars, two restaurants, a spa and a gym.

“Our solidarity with the victims and affected, as well as with the people of that beloved brother town,” the minister tweeted.