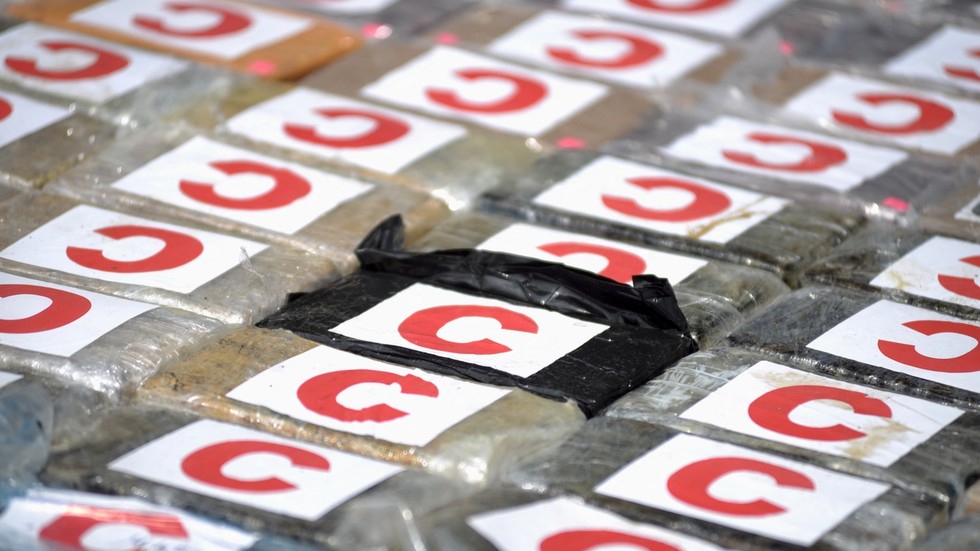 The European cocaine market is expanding amid “unprecedented levels” of trafficking and “historically high availability” EU agencies said in a report on Friday, warning that the continent is increasingly becoming a hub for the production and transshipment of drugs around the world.

Growth in the European market is driven by high levels of production in South America and new production capacities within Europe, according to the joint report by Europol and the European Monitoring Center for Drugs and Drug Addiction (EMCDDA).

This has resulted in “record levels of drug availability, increased violence and corruption, and increased health problems” in Europe, EMCDDA director Alexis Goosdeel said in a statement.

Cocaine is the second most widely used drug in Europe after cannabis, with a market value of around 10.5 billion euros ($11.1 billion) in 2020, according to the report. Around 3.5 million Europeans between the ages of 13 and 64 reported using the drug in the past year. This could grow even more as new types of “smokable cocaine products” with additional health risks appear on the market, he added.


Record amounts of cocaine have been seized on the continent for four consecutive years, with 2020 registering a 6% increase over 2019. Belgium, the Netherlands and Spain accounted for three-quarters of the European total, but also seized large amounts in Italy, France, Germany and Portugal, according to the report. Entry points for shipments are also diversifying, with larger amounts seized in Eastern Europe and Turkey.

The EU report also warned of a “small, but constantly growing” methamphetamine market in the EU. Methamphetamine, the most widely used synthetic stimulant drug in the world, is produced in the region to supply domestic and foreign markets. Europe is also a destination and transit area for the drug from other production centers in the Middle East, Africa and South America, according to the report.

Europol’s executive director, Catherine De Bolle, said that the fight against illegal drug trafficking remained a “key priority” for the EU and “Understand the dynamics of the market” it is crucial in formulating effective law enforcement responses.