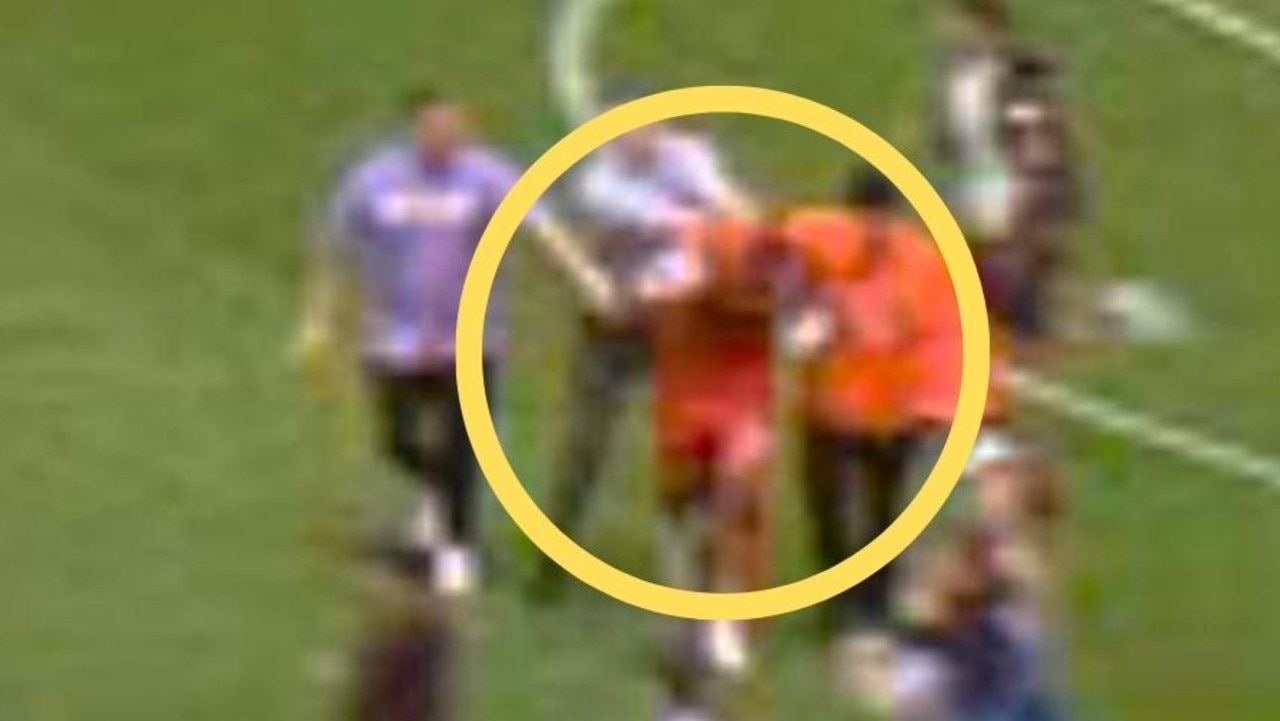 Manchester City have apologized after Aston Villa goalkeeper Robin Olsen was “assaulted” by fans as they invaded the pitch.

Manchester City have apologized after Aston Villa goalkeeper Robin Olsen was “assaulted” by fans as they invaded the pitch.

City supporters packed the Etihad pitch after they were crowned Premier League champions following a dramatic 3-2 victory over Aston Villa.

Both sets of players were quickly surrounded as the stewards tried to get them to safety. However, Villa manager Steven Gerrard later revealed that goalkeeper Olsen had been “attacked” in the wild scenes. Sun reports.

Asked after the game if his players got to the locker room safely, Gerrard said: “The answer is no. My goalkeeper was attacked.

“I think those questions should go to Pep and Manchester City.”

City quickly apologized, vowing to identify the fan and ban him from the stadium, while Greater Manchester Police are also investigating.

A statement from City read: “Manchester City would like to sincerely apologize to Aston Villa goalkeeper Robin Olsen, who was assaulted after the final whistle in today’s match as fans entered the pitch.

“The Club has launched an immediate investigation and, once identified, the individual responsible will receive an indefinite ban from the stadium.”

Sky Sports pundit Roy Keane criticized the “rubbish”, warning that someone could soon be seriously injured.

“It’s embarrassing, a player or a coach is going to get seriously injured,” he said.

“I think when Covid happened, people came back and forgot how to behave. Scum idiots. Misfortune.”

Olsen came out clutching the back of his neck after thousands of jubilant City fans poured onto the pitch at the final whistle.

That, despite an appeal on the tannoy and big screen on the ground before the end of the match to stay off the pitch.

The incident is the latest in a series of fan attacks on players this week.

On Tuesday, Everton fans got carried away after they secured their Prem status and egged on Crystal Palace players and manager Patrick Vieira, who reacted by kicking a supporter to the ground.

There have been several pitch invasions after playoff triumphs in the EFL and all too often the scenes have turned ugly, with Sheffield United’s Billy Sharp the victim of a header on Tuesday.

Swindon Town players were also assaulted by Port Vale fans at the end of their League Two playoff semi-final defeat, while Northampton supporters threw flares at the Mansfield stars.

Luton Town manager Nathan Jones has also condemned the “disgusting” behavior of a minority of Huddersfield fans after they decided to goad their players rather than celebrate their place in the Championship playoff final.

The reveling City fans also broke up one of the goals after climbing to the top of the crossbar.

Talisman Kevin De Bruyne was immediately surrounded by stewards who pushed their way through the crowd to get the Premier League Player of the Year to safety.

Fans finally returned to their seats for the trophy ceremony and began serenading the Belgian for his hand in City’s sixth Premier League win.

This article originally appeared in The Sun and was reproduced with permission.