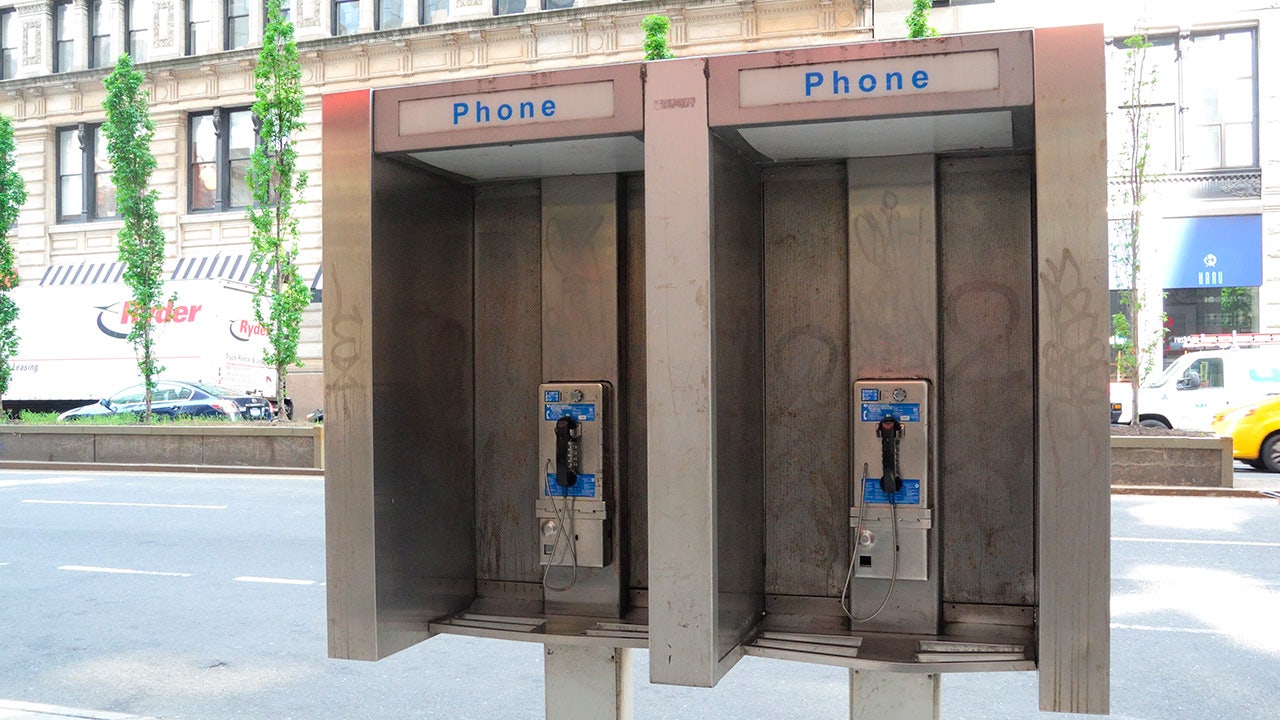 The city began removing pay phones in 2015 and replacing them with public Wi-Fi hotspots.

The removal will mark the end of the era of payphones in the city, except for a few private payphones on public property and four long-standing permanent booths named Superman.

LinkNYC, which manages the Wi-Fi hotspots, says the network will expand to add 5G functionality this summer.

In addition to free Wi-Fi, LinksNYC provides access to a directory of social services, device charging, free phone calls within the US, and weather and traffic alerts.

How many public telephones in New York?

The city has removed thousands of payphones in all five boroughs in recent years. In 2014 there were more than 6,000 active public payphones on the city’s sidewalks.

All public phones were to be removed by 2020, but the process took longer than originally planned.

Do people still use public phones in New York?

Even though usage had dropped, city officials said public payphones were still being used for regular calls and even long-distance calls.