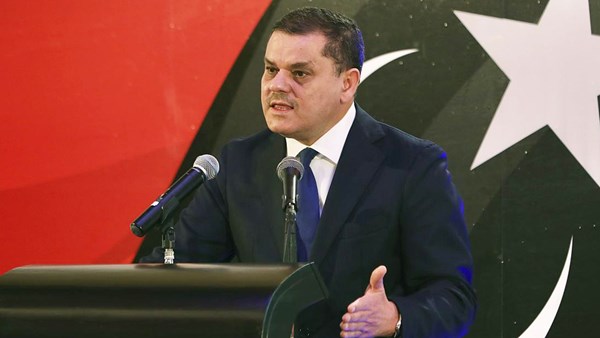 The Prime Minister of the Government of National Unity in Libya, Abdel Hamid al-Dabaiba, announced that he will hand over power only after the election of a new parliament, indicating that the change of the new executive authority represented in the Presidential Council or the unity El government will take place after real elections are held in the country, pointing out that there are bodies that expired 8 years ago and are still on the scene.
Dabaiba made it clear during a consultative meeting to support the holding of the elections, that 4 people voted for him in Geneva, three from the Presidential Council and one person, the prime minister.
Al-Dabaiba added: “If anyone sees that the president and the government are in doubt next June, let them hold elections before this period and prepare the necessary laws for them, and we will conduct them and hand over power. It is our right to have a new parliament with young people and new faces, and the pressure is what will force them to call elections, as happened in Lebanon.”
In another context, the head of the Libyan Presidential Council, Muhammad al-Manfi, commented on the decision to dismiss the deputy head of the Libyan Intelligence Service for Security Affairs, Mustafa Kaddour, saying that such decisions are within the competence of the council.
This came during his meeting with Kaddour at the council’s office in Tripoli yesterday to discuss procedures related to the decision to exempt him, issued by the head of the agency, Lieutenant General Hussein Muhammad Al-Aib.
Al-Manfi said that publishing the decisions issued by the agency through the media is a violation of applicable laws and regulations.
In addition, the Special Advisor to the United Nations Secretary General on Libya, Stephanie Williams, agreed with the members of the “5+5” Joint Military Committee, during their meeting in the Spanish city of “Toledo”, on the need to unite all efforts to preserve the ceasefire agreement signed on October 23, 2020, according to a series of tweets from Williams on his Twitter account.

Williams, several ambassadors from countries accredited in Libya, ministers and officials of the Government of National Unity and members of the “5+5” Joint Military Committee, participated in a technical seminar in the Spanish city of Toledo on technical support channels for the disarmament, demobilization and reintegration of members of armed groups in Libya.
Williams said that he agreed with the members of the Joint Military Commission that the full inclusion of the DDR process is an important way to build peace, along with security sector reform, to achieve sustainable peace and security in Libya, while acknowledging the readiness and priorities of Libyan stakeholders.
In a third tweet, Williams considered that the results of this operation will improve the security path in the short term, while in the long term they will strengthen the rule of law and improve human rights conditions, noting that “she and the members of the The Joint Military Committee reaffirmed the need to unify all efforts to maintain calm on the ground and in the ceasefire agreement.
In another context, the Undersecretary of the Libyan Ministry of Foreign Affairs, Murad Ahmima, discussed with a delegation from the Russian Federation the necessary arrangements for the reopening of the Russian Embassy in Tripoli.

141 migrants returned to Mali from Libya
The International Organization for Migration (IOM) has announced the facilitation of a flight to transport 141 illegal immigrants from Libya to Mali. The flight took off from the city of Sebha bound for the Malian capital, Bamako, the organization reported yesterday on its Facebook page. The statement indicated that the trip takes place within the framework of the voluntary humanitarian return campaign for migrants, and to provide an immediate and safe alternative to those who wish to return to their homes.