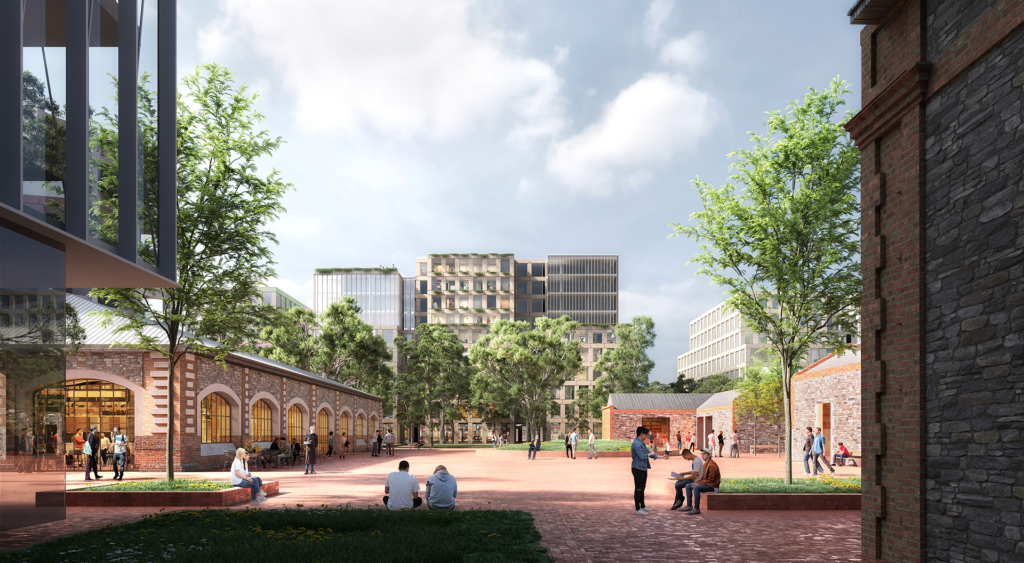 The state government is seeking an independent firm to review the previous government’s decision to grant Victorian developer MAB Corporation exclusive negotiating rights to remediate and develop the 14-acre site just north of the CBD.

There were four bidders, including Adelaide Football Club, shortlisted by Renewal SA to remediate and rebuild Brompton Gasworks.

The Crows’ plan incorporated 57 percent open space compared to MAB’s 25 percent, though MAB’s commitment to site remediation is understood to have tipped the decision in their favor.

But the Labor Party’s pre-election pledge to review the previous government’s decision has provided the Crows with a potential lifeline in their bid for a new base on the site, despite the club indicating in January it would switch its sights to Thebarton.

Details about Renewal SA’s current negotiations with MAB Corporation remain unclear, although the company has not signed any development agreement with the state government, and Planning Minister Nick Champion has said no deed will be executed until the review is complete.

Champion did not respond directly to the question, but said the former Marshall government made the Brompton announcement “without consulting” and “refused to publish any of the criteria or weights surrounding this deal.”

“I could ask all of you questions. You could ask the former environment minister (David Speirs) if he was interested…in the dirtiest, most polluted place in South Australia, right? Champion told parliament on May 18.

“This review will look at whether… this agreement is consistent with the original approval for Bowden Urban Village.

“So it’s a whole range of things; we can get into a whole speculative game, if you want. We can really do that… but what I would do if I were you… would be just wait for the government to implement its electoral policy and wait for the outcome of the review.”

Champion said the review would take six to eight weeks once an appropriate firm is appointed.

The government has announced a review and done.

Telfer also asked Champion if he had “directed Renewal SA executives to stop working to finalize the development agreement” with MAB Corporation.

Champion responded, “I don’t know how many times I have to go through that. We announce a review before the election. We are currently in the process of implementing that review.”

“It is quite simple: we are fulfilling our electoral commitments.”

In the diary he also questioned both Champion and Renewal SA asking if there has been a ministerial instruction for the agency to cease negotiations with MAB Corporation.

A Renewal SA spokesman said: “The minister has previously stated that a Development Agreement will not be signed until a review is complete.”

Champion was also pressed in parliament on how much affordable housing the MAB proposal would deliver compared to the other three shortlisted parties, but said it would be “inappropriate for me… to comment on what is a set of business relationships undertaken by Renewal”.

“The government has announced a review, period.”

A Renewal SA spokesman also said In the diary that “any details comparing the shortlisted proposals remain confidential.”

In an earlier parliamentary session on May 5, Telfer asked Champion if the government had determined “what responsibility do taxpayers now face to compensate MAB as the preferred bidder for the sunk costs of the tender and the loss of revenue from the project? ”.

Champion responded, “Again, I’m invited to hypothesize about the future, whereas what we’re actually going to do is implement our election policy, which is have a review and then receive the review and then make decisions from that, it is simple. .”

The insiders said In the diary in April, the points-based judging criteria that gave exclusive trading rights to MAB was “nowhere near” both as an aggregate score and “in each of the individual categories.”

Shadow Attorney General Josh Teague asked Prime Minister Peter Malinauskas in parliament on May 5 whether “in case the review turns out in a way you don’t like, will you now commit to accept its outcome?” .

In response, Malinauskas said, “I think the key component of the Heysen member’s question is: why are we so determined to honor our electoral commitments?”

“The answer is: because it is the right thing to do.”