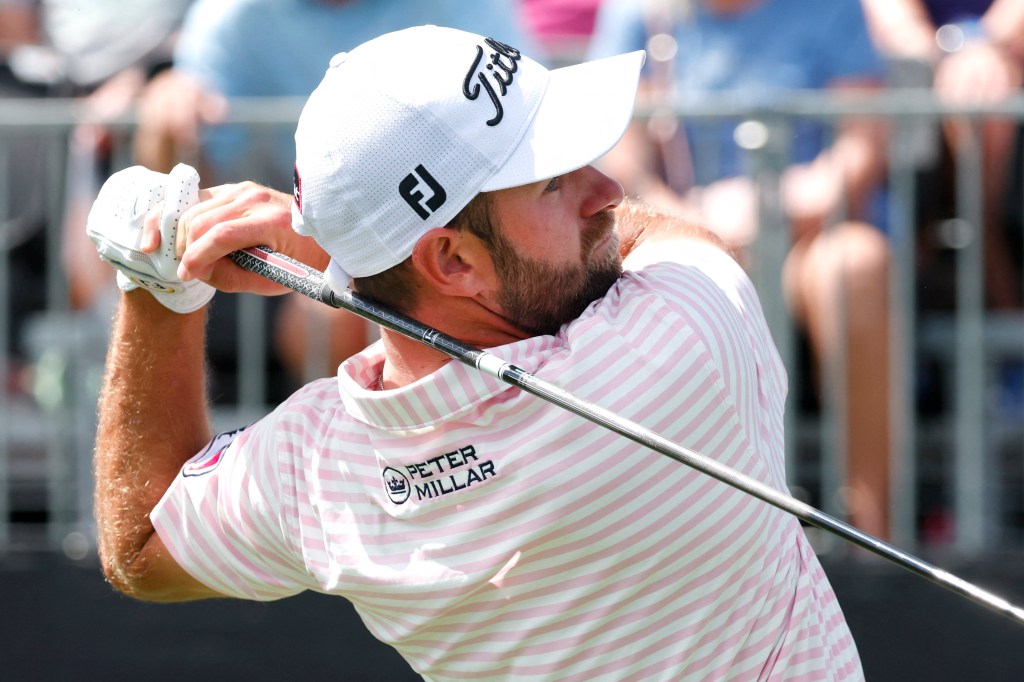 ORLANDO, Fla. — Cameron Young was cruising. He had just birdied the par-3 eighth hole at Bay Hill on Saturday to get to 4-under and was on the move up the third-round Arnold Palmer Invitational leaderboard, tied for sixth.

That’s when I decided to go walk with him and see if I could find his father, Dave, the longtime head pro at Sleepy Hollow Country Club in Scarborough, where Cameron, 24, grew up and honed his game that’s now good enough for him to hold a PGA Tour card.

Dave Young is both Cameron’s dad and his coach.

On my walk to the 10th tee to catch up with Cameron, he was busy three-putting the ninth green from 10 feet to take double bogey and fall to 2-under.

Then he proceeded to hit his drive on the 10th so far left that a tournament official told him she thought it was out of bounds and he’d need to hit a provisional.

It was on the walk along the right side of the 10th fairway where I found Cameron’s dad, alone and quietly blending in with the spectators wearing a black backpack.

Dave Young looked outwardly calm, but he copped to being nervous — more nervous, he said, than his wife, Barbara, who used to caddy for him when he competed in the top-level Met Area events.

“She has a better view of the big picture, which is bright,” Dave said of his wife regarding the state of their son’s golfing career. “I tend to live a little more shot by shot. I’m learning.”

So, too, is Cameron, who has had a fabulous start to his rookie season on the PGA Tour, playing his way into some big events, like next week’s Players Championship, with a pair of runner-up finishes and a good run of consistent play.

“I am nervous out here,” Dave said. “It’s better now that we know he’s got his [PGA Tour] card for next year. It’s not do-or-die anymore. Now it’s all gravy. To get to play in the Players and hopefully get to play in a few majors this year, which is looking good, is more than we could have asked for.”

I’ll always remember talking to Nick Sanchez, the father of former Jets quarterback Mark Sanchez, about how he handled his nervous energy while watching his son play NFL games. Nick used to quietly leave the family’s seats and walk up to the last row in the upper deck to watch alone.

There’s a little bit of that in Dave Young.

“I’m watching from a technical standpoint,” he said, “and feeling more from a dad standpoint.”

Dave has particularly enjoyed this recent run by Cameron, because golf season hasn’t yet started at Sleepy Hollow and he has been able to travel to tournaments with his son. He called watching Cameron finish runner-up at Riviera in the Genesis Invitational, which featured a stout field that included every one of the top 10 players in the world rankings, “nervous, but a good nervous.”

“Being in contention is a fun nervous,” he said. “Trying to make cuts when you’re on the cutline, that’s a bad nervous. That was fun and exciting and nerve-racking at the same time. We’re looking forward to more of that hopefully.”

More will come next week with his first-ever trip to The Players Championship. Then comes the WGC Match Play two weeks after the Players. If Cameron, who’s currently ranked No. 51 in the world, is ranked 50th or better after the Match Play he will get into the Masters.

“It’s there and you can’t ignore it, but you try not to put extra pressure on these next few events,” Dave said of the prospect of playing at Augusta. “But yeah, you definitely let your mind wander to looking forward to something like that.”

As we walked and talked, Cameron’s round was becoming unglued.

After the double on No. 9, I bogeyed No. 10 after the errant tee shot. Then, on No. 11, his drive landed on the bank of a lake, where his stance would have been in the water, so he took a drop and another bogey.

It was while Cameron taking his shoes and socks off and then putting them back on that I told Dave Young perhaps I should leave him alone since it felt like I’d brought some bad luck Cam’s way.

As I made my way back to the media center to begin writing, Cameron birdied 12, bogeyed 13 and then birdied 14 and 16 to climb back to 2-under for the tournament.

But he took triple bogey on the 18th to finish with a 76 for the round and stand at 1-over for the tournament entering final round Sunday. Not even that finish, though, could cloud the bright future ahead for Cameron Young.

“We’re so happy for him,” Dave said before I left him. “He’s getting to do what he’s dreamed of doing. This is what we’ve been waiting for.”