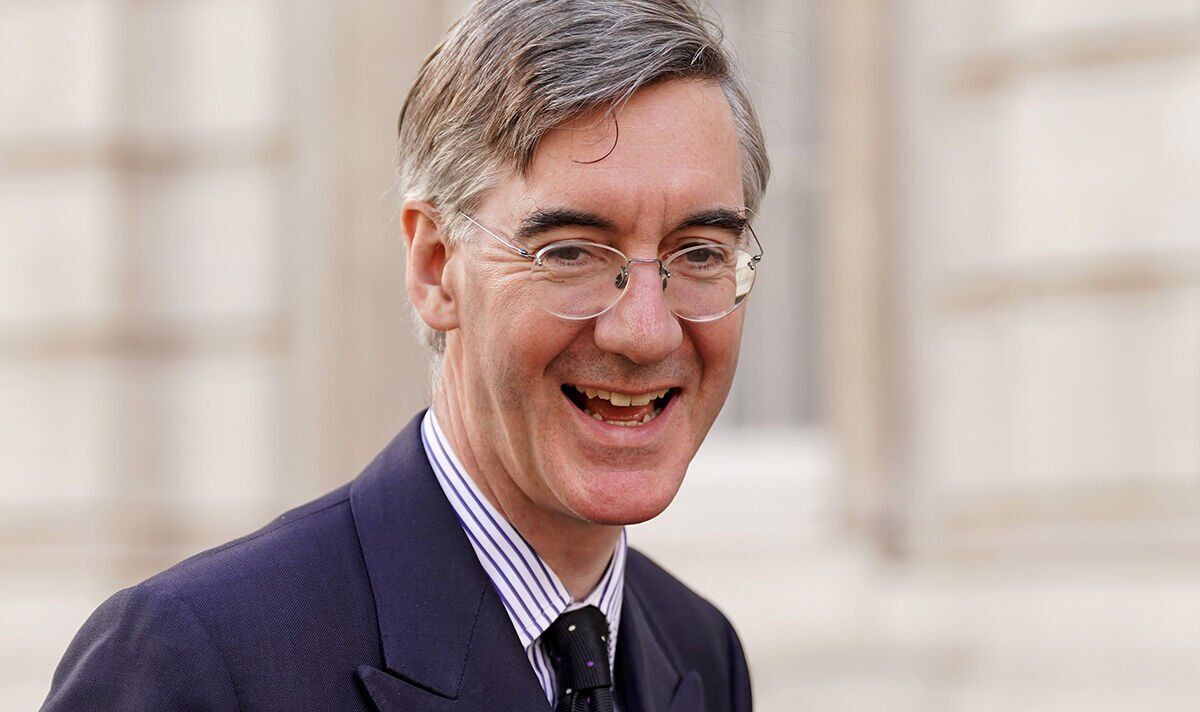 Backbencher Brexiteers want the North East Somerset MP to do more to break EU bureaucratic rules imposed on Britain when the UK was part of the bloc. One even compared him to Jim Hacker, the notoriously incompetent central character of the hit ’80s sitcom Yes Minister.

One MP told Express.co.uk: “He looks a bit like Jim Hacker as minister for administrative affairs.

“We finished Brexit, but now we need to see the benefits.”

The fictional Birmingham East MP was well known for having implemented nothing in the face of civil service opposition.

Sources close to Rees-Mogg say plans are in the works to show the benefits of leaving the EU and that the plans will be finalized by the end of this year.

Another Conservative MP admitted frustration that plans on how to weed out unnecessary bureaucracy from Brussels were handed over to No 10 last June with little progress since then.

Tory grandee Sir Iain Duncan Smith led the Prime Minister’s Task Force on Innovation, Growth and Regulatory Reform to look at how to “seize the new opportunities of Brexit with its new regulatory freedom”.

Engaged with Sir Ian alongside MPs Theresa Villiers and George Freeman, the task force was asked to “identify and develop proposals in a range of areas that will drive innovation, growth and competitiveness through regulatory reform”.

They submitted more than 100 proposals that they believed would “unlock” more than £100bn of investment in small businesses and high-growth tech companies in Britain.

Almost a year later none of the suggestions have been implemented.

DO NOT MISS:
Truss speaks out after ‘scandalous’ comment from the US [REACTION]
EU plot to strangle Britain and create an “all-Ireland economy” [INSIGHT]
‘There is a weapon on the table’ EU is ‘very anxious’ as Brexit tensions rise [UPDATE]

The government says it remains committed to the unnecessary removal of EU legislation.

In the queen’s speech earlier this month, she promised to introduce a Brexit freedoms bill in the coming months to get rid of Brussels rules.

The legislation would make it easier for ministers to amend or remove laws required when Britain was part of the EU that remain on the UK statute book.

Boris Johnson, who first promised the legislation in January, said the bill would “further unlock the benefits of Brexit and ensure businesses can spend more of their money investing, innovating and creating jobs.”

He added: “Our new Brexit Freedoms Bill will end the special status of EU law in our legal framework and ensure that we can more easily amend or remove outdated EU law in the future.”

Attorney General Suella Braverman added: “It is essential to establish a mechanism to deal with these rules inherited from the EU.

“It strengthens our ability to take advantage of the significant opportunities that Brexit offers.

“It means we can move away from outdated EU laws that were the result of unsatisfactory compromises within the EU, some of which the UK voted and lobbied against but was asked to adopt without question.”