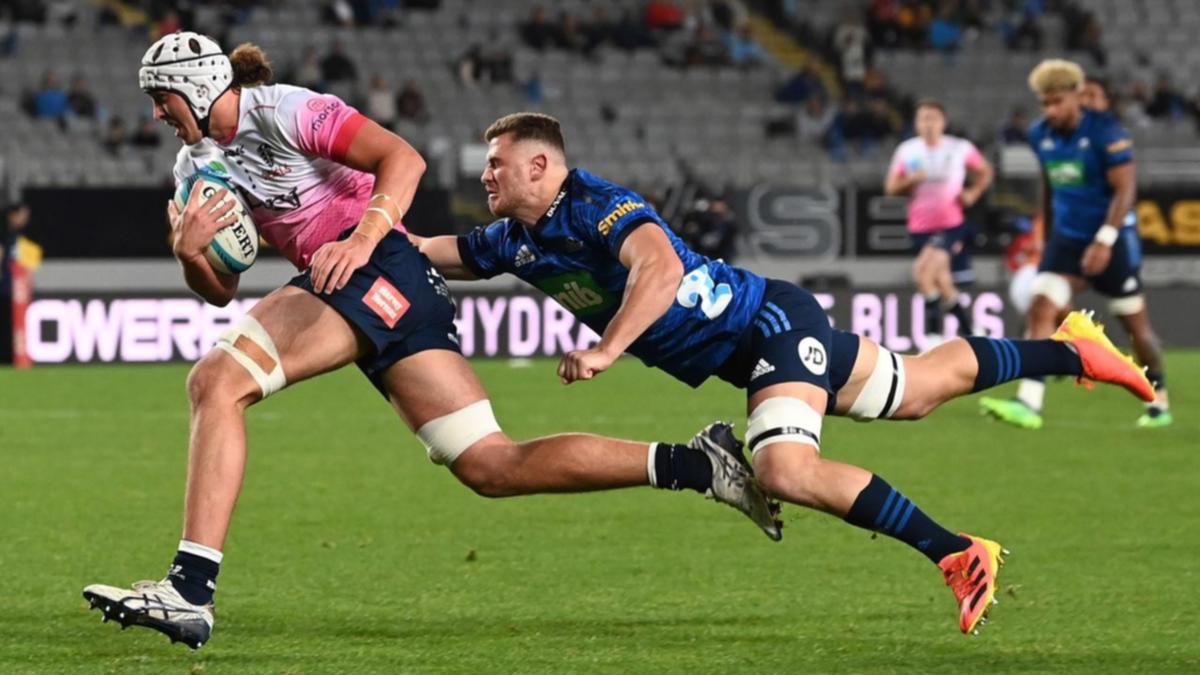 Melbourne have been given an attacking lesson by the Super Rugby Pacific leaders Blues, who delivered a 71-28 thrashing in Auckland.

The Blues scored seven tries in the first half on Friday night to take an unassailable 47-14 lead, with All Blacks defender Akira Ioane terrorizing the Rebels for a brace.

And they did it without All Blacks star playmaker Beauden Barrett, who was rested, with youngster Stephen Perofeta at 10.

While the Blues entered the match at the top of the ladder with just one loss, the Rebels were in eighth place with their sights set on the final.

But that looks dead in the water with the score probably making a dent in their point differential.

Melbourne couldn’t have gotten off to a better start, with prop Pone Fa’amausili stepping in for a try in the second minute after a Blues lineout went awry.

And they made it 14-0 in the fifth minute when a pass from Blues running back Finlay Christie, after another lineout, was intercepted by young Rebels blocker Josh Canham.

But the rest of the half was one-way traffic, as the Blues sent wave after wave of attacks at the Rebels, easily getting past the advantage line.

Ioane scored both of his attempts in six minutes and the first came after All Black teammate Hoskins Sotutu sent a long ball to his wing.

The winger unleashed a spectacular shot to plant the ball in the corner with Superboot Perofeta missing just one conversion at the half.

The Rebels lost Wallabies winger Andrew Kellaway early in the half, but it was unclear if that was due to injury.

Rieko Ioane equalized her brother with her second try in the 51st minute and then did better, completing her hat-trick in the 63rd minute for a score of 66-14.

Melbourne crossed for two consolation attempts through flanker Brad Wilkin and fullback Reece Hodge, but it was still a game they would rather forget.