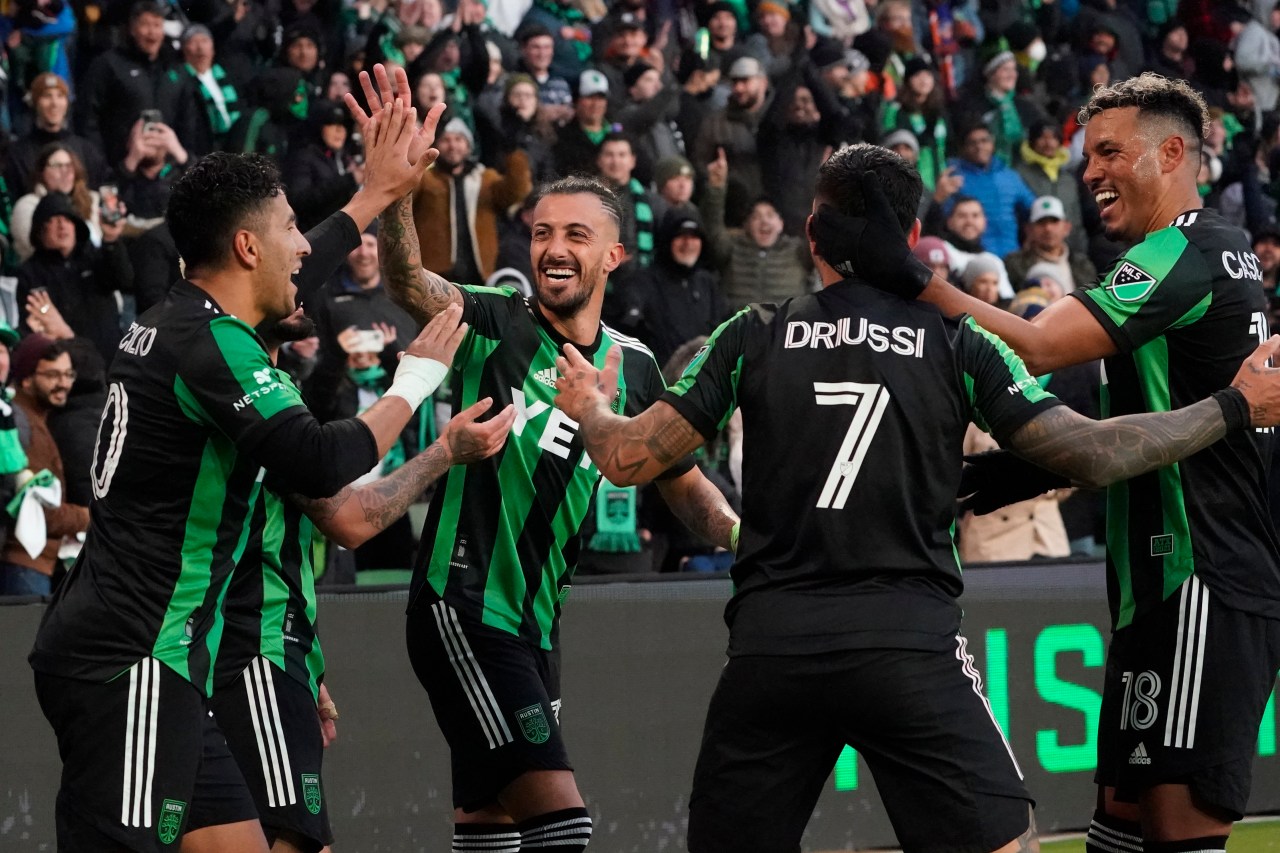 AUSTIN, Texas (AP) — Win, lose or draw — and there was a lot of losing — the drumbeats from the rowdiest fans of Austin FC never stopped in the club’s first season.

Barrels of beer were consumed or splashed in a season-long party that was both a celebration of professional soccer’s arrival in Texas’ capital city and a way to drown the sorrows of so many defeats.

Now the goal is to keep the party going in year two. Only this time with the results on the field to match the fever pitch in the stands, and pull the club out of the basement in the Western Conference.

A 5-0 thrashing of Cincinnati in the season opener was a big first step.

A lineup originally crafted under the constraints of a pandemic has been tweaked and re-forged to build cohesion and confidence. The five goals against Cincinnati set a club record and a league record for margin of victory on opening day. The first one came in just the second minute of action.

“We have a deeper roster, certainly more quality, character and leadership,” Austin coach Josh Wolff said. “I look at our group as a very hungry group with plenty to prove.”

A ton to prove. Can Austin back up that splashy start with more goals, and will the legions of fans who have produced a league-best 18 consecutive sellouts turn their backs on Wolff if they don’t?

Few MLS clubs have launched with as much anticipation and hype as Austin FC, from majority owner Anthony Precourt’s clash with Columbus, Ohio, over early attempts to move the Crew to Texas, to the Austin city council’s fight over land for a slick new $260 million stadium, and the eight-game road trip to start the 2021 season while it was still under construction.

The party truly started at the first home match when actor and minority owner Mathew McConaughey appeared in a bright green suit on the pitch and banged a drum while leading pregame cheers. His colorful history of him in Austin includes a 1999 late night arrest as he played the bongos while naked and high at his home of him.

But the party McConaughey kicked off and stayed in the stands. Austin won just nine games and its 35 goals were the fewest in the league.

The key for Austin now is avoiding the second-season doldrums experienced by Inter Miami, the last team to hit MLS with the same kind of flash and star power.

David Beckham’s club landed in MLS in 2020 after seven years of planning. An inaugural season of losing was soon followed in year two with more defeats on the field, while the front office struggled through a morass of contract problems, fines and sanctions.

The club was fined $2 million for violating roster designation rules and underreporting salaries and the team finished 11th in the 14-team Eastern Conference. Miami plays at Austin on Sunday.

Austin appears poised for patience amid its expectation of better results.

Sporting director Claudio Reyna, who built the league’s New York City team into annual playoff team before coming to Austin, gave his full backing to Wolff, his former teammate on the US men’s national team. And that came before the thrashing of Cincinnati.

“Josh is a great coach, that’s very clear. His commitment from him to preparation every week is amazing, ”Reyna said. “You know, I need to remain calm. It’s very important to him to be a leader. He’s done that. We are really happy with where we’re at. … The players all buy into him, they respect him. That’s the most important thing.”

Reyna owns what could be argued is the club’s biggest roster misstep so far: signing Argentina midfielder Tomas Pochettino to one of the club’s designated player contracts for the 2021 season.

The play on the field against Cincinnati was much improved.

“It was a really good start… It brought a great atmosphere in the team after the game and we don’t want to lose that,” defender Zan Kolmenic said. “We know how good it feels, and we have to keep that momentum going on.”

Defending home turf and maximizing valuable points is critical to getting to the postseason this year, starting Sunday against Miami.

“We want to establish what this place means to us and what it means to our fans,” Wolff said. “Winning at Q2 (Stadium) is paramount. It’s a tough place to play with its energy, its atmosphere and our guys feel it.”

How to watch Austin FC vs. Inter-Miami