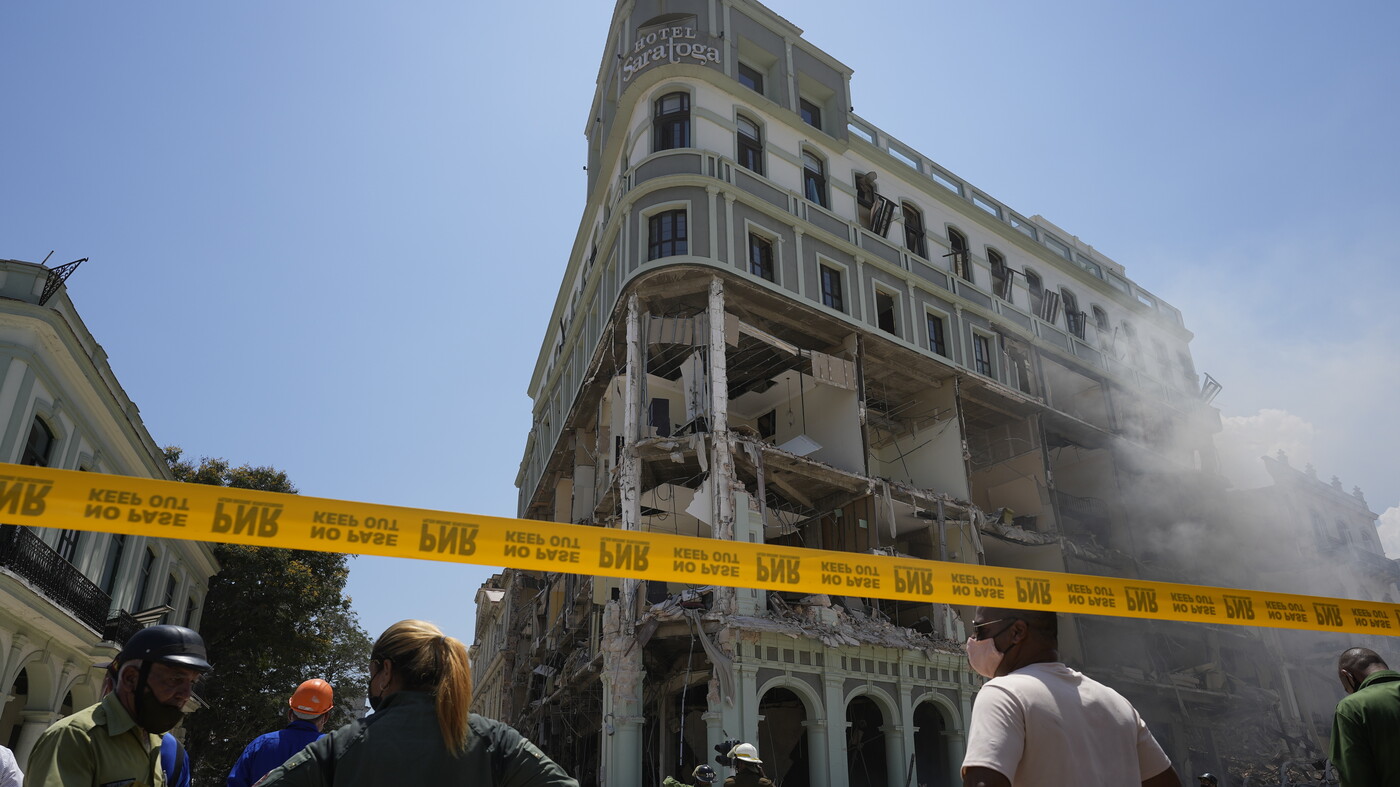 The five-star Hotel Saratoga was heavily damaged after an explosion in Old Havana, Cuba, on Friday.

The five-star Hotel Saratoga was heavily damaged after an explosion in Old Havana, Cuba, on Friday.

HAVANA — A powerful explosion severely damaged a hotel in the Cuban capital on Friday and authorities said at least eight people had died.

The explosion that ripped out much of the outer wall of the Hotel Saratoga, a 19th-century structure in Old Havana, was apparently due to a gas leak, according to the Twitter account of President Miguel Díaz-Canel’s office, which went to the place.

He said at least eight people had been killed and search and rescue efforts were underway for those possibly trapped.

Havana Governor Reinaldo García Zapata said the hotel was undergoing renovations and no tourists were staying there, Granma reported.

Photos showed much of the hotel’s exterior wall blown away, revealing interior rooms, with clouds of dust rising into the sky.

A school next door had been evacuated.

Police cordoned off the area while firefighters and ambulance crews worked inside.

Yazira de la Caridad, a mother of two children, said the explosion shook her house a block from the hotel: “The whole building moved. I thought it was an earthquake,” she said. “I still have my heart in my hand.”

Mayiee Pérez said she rushed to the scene after receiving a call from her husband, Daniel Serra, who works at a money exchange house inside the hotel. She said he told her, “I’m fine, I’m fine. They got us out,” but she hadn’t been able to contact him since.

The five-star, 96-room hotel in Old Havana has two bars, two restaurants and a rooftop pool, according to its website.