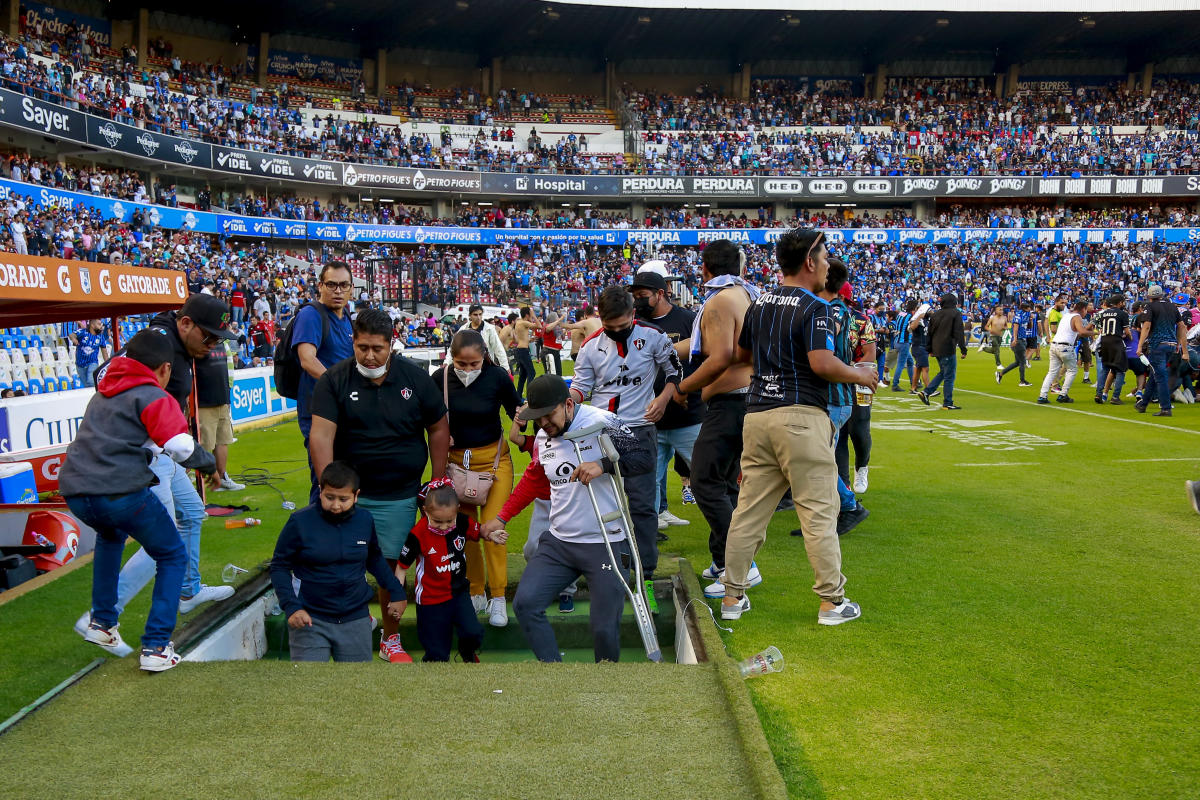 MEXICO CITY (AP) — At least 22 people were injured, including two critically, on Saturday when fans brawled during a soccer game in central Mexico.

The match between the host Queretaro and Atlas from Guadalajara — the reigning league champion — was suspended in the 62nd minute when multiple fights broke out in the stands. Security personnel opened the gates to the field so that fans, including women and children, could escape the stands.

Players from visiting Atlas quickly fled to the locker rooms as did some from the Queretaro side. Other Queretaro players, including Uruguayan goalie Washington Aguerre, stayed near the bench trying to calm the fans.

After several minutes some of the fights moved to the field where they continued punching and kicking. Some people were armed with chairs and metal bars.

One fan could be seen pulling a knife to cut the nets of one goal. Others destroyed one side’s bench and some fought in the tunnel to the field.

“So far there is no report of deaths; 22 people injured, nine of them taken to the General Hospital and of these, two are critical,” said the Queretaro state civil protection agency. “The rest are stable. It should be mentioned that all of those injured are male and at this moment it’s been confirmed that four were from the state of Jalisco.”

Guadalajara is the capital of Jalisco.

The league condemned the violence in a message on its official Twitter account. League President Mikel Arriola said the game would not be summarized Saturday. He said those responsible for the lack of security in the stadium would be punished.

Atlas has also had issues recently with violence among its fans. Last year, the “classic” with crosstown rival Chivas saw a brawl in the stands.

“Unfortunately, what is happening in Queretaro …is happening in my country,” said Rafael Márquez, a former captain of the Mexican national team who started his career with Atlas and later became his coach.

Graphic videos and photos circulated on social networks showing apparent fans motionless on the ground, in some cases stripped naked and covered with blood.

Queretaro Gov. Mauricio Kuri condemned the violence and said the owners of the Queretaro club would have to answer for what happened.

“I have given instructions that the law be applied with all of its consequences,” he said.