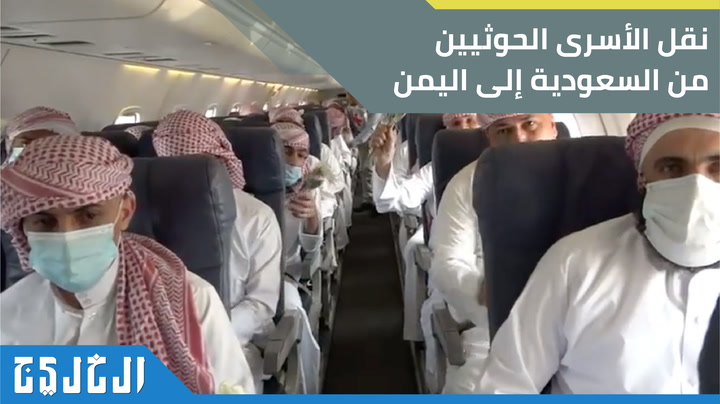 Riyadh – AFP
The Arab Coalition to Support Legitimacy in Yemen announced on Friday the departure of the first planes to take Houthi prisoners to Yemen. The Saudi press agency quoted the coalition as saying: “The transfer of Houthi prisoners to Yemen is part of the Saudi humanitarian initiative.” According to the coalition, “three phases of airlifting prisoners to Sanaa and Aden” will be completed on Friday.
The coalition said that foreign fighters in the ranks of the Houthis are among the prisoners to be handed over to their countries’ embassies.
For his part, ICRC spokesman Bashir Omar said: “The ICRC is facilitating the transfer of more than 100 detainees released by the coalition, aboard 3 ICRC planes taking off from Abha airport to Aden.” The coalition announced late last month that it intends to release 163 Houthi prisoners, in support of the current truce.