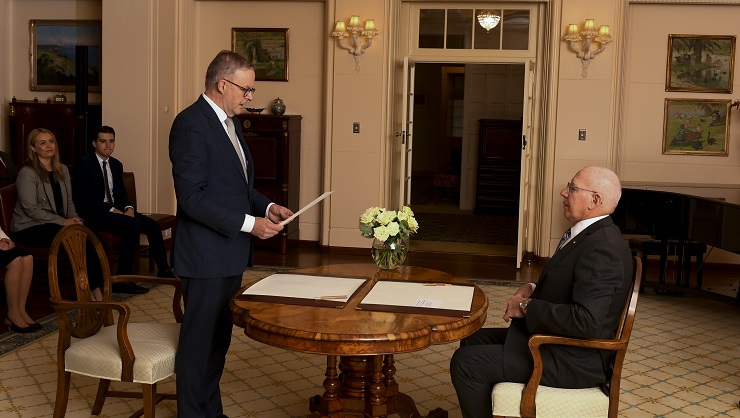 Before the elections, the timing of the Quad summit, set for tomorrow, was shaping up to be a problem, but Anthony Albanese has turned it into a virtue.

Prime Minister Anthony Albanese will leave Australia for Tokyo this afternoon, accompanied by Foreign Minister Penny Wong, to meet Japanese Prime Minister Fumio Kishida, US President Joe Biden, with whom Albanese has already spoken by phone , and Indian Prime Minister Narendra Modi at their first Quad meeting. Albanese was sworn in as prime minister this morning.

The timing of the Quad meeting immediately after an election seemed problematic in the event that a clear victory was not achieved. But Albanese used the meeting to put aside questions about waiting for a determination of his minority or majority status and took the reins as quickly as possible, with an interim ministry sworn in by Wong, Richard Marles, Jim Chalmers and Katy Gallagher.

Labor holds 72 seats but is ahead in Bennelong, Deakin, Lyons, Macnamara and Richmond. There is also still a chance in Brisbane if he can get past the Greens in the primary, and Andrew Constance is still not a sure thing for the Liberals in Gilmore. There is a feeling within the Labor ranks that they will get a majority, but not before the large number of mail-in votes have been counted in the coming days.

Dig deeper into the topics that matter.