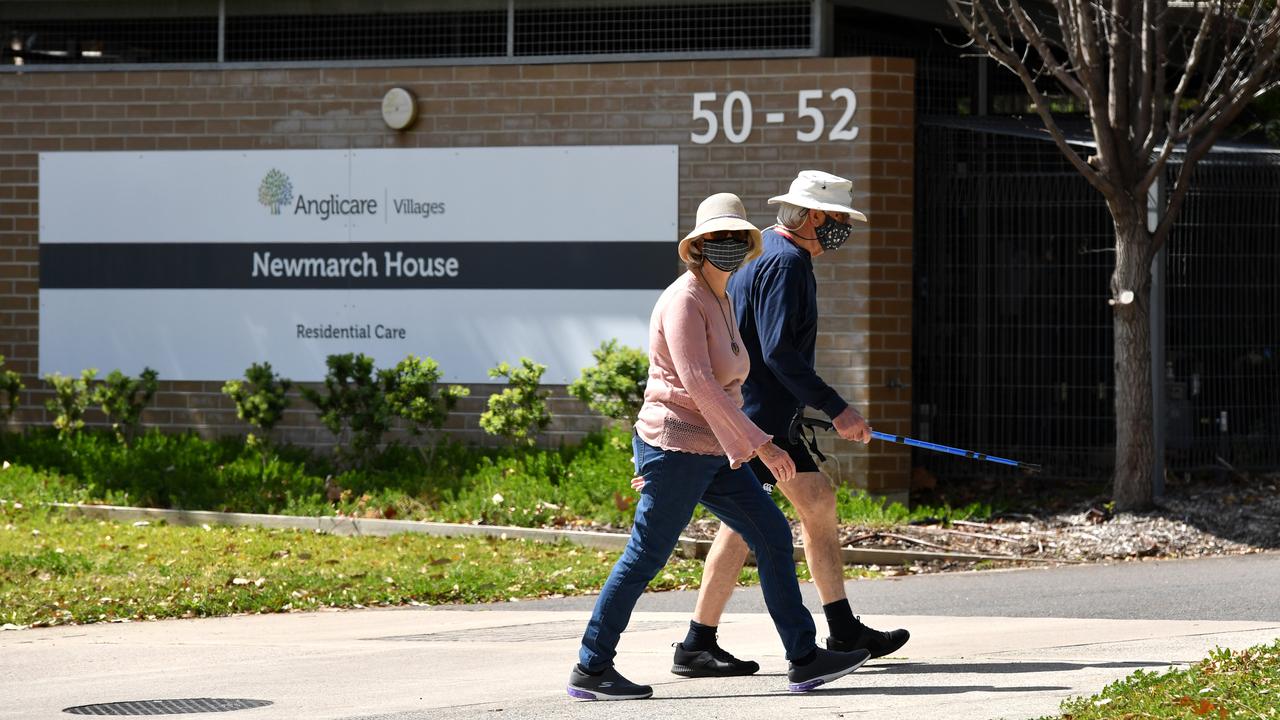 Nurses failed to enforce isolation rules and left worried families in the dark during an outbreak of COVID-19 at Newmarch House early in the pandemic, a coroner has heard.

Nineteen residents died at Sydney’s West Nursing Home in April and May 2020 amid what, at the time, was one of the largest outbreaks of the pandemic.

As the inquest into the deaths continues at Lidcombe Coroner’s Court, Mary Van Put gave evidence that her father, Barry Jehan, had been allowed out into the common areas of the house despite being locked up.

Jehan died on April 28, 2020 at the age of 93 shortly after praying the rosary with one of the Newmarch nurses and five days after testing positive. He was one of four residents who died that day.

Get FREE Crikey in your inbox every weekday morning with the crikey worm.

On April 20, Mr. Jehan received a call that he was seen sitting outside his room at a time when the house was supposed to be closed.

“Are you allowed to leave the room now?” Mrs. Van Put’s sister asked.

“Not really, but there’s no one here,” a nurse replied.

Ms Van Put said this call raised concerns about the risk of infection this posed to her father who, at the time, had tested negative for COVID-19.

She felt angry that he wasn’t getting the best care available, she said. At that early point in the pandemic, it was not known whether the virus could have been transmitted through surfaces like the soft furnishings her father was sitting on.

Before her father tested positive, Ms. Van Put said she had tried unsuccessfully to get him out of the facility, but received conflicting information about public health orders in place or orders Newmarch might impose.

During the outbreak, the Anglicare-run home implemented the Hospital in the Home program in which residents were treated on the spot rather than being transferred to nearby hospitals.

Ms Van Put said her brother-in-law, a paramedic, had told her that facilities like Newmarch didn’t necessarily have machines like ventilators and X-ray machines needed for an outbreak, or staff trained to use these devices.

“Unless they have ventilators and X-ray machines, they won’t be able to deal with (the outbreak),” he allegedly said.

Virginia Clarke also gave testimony about her father Ron Farrell’s final weeks in Newmarch. Mr. Farrell died on April 19 at the age of 94. He was the second resident to die from the virus.

Early in the outbreak, Ms Clarke said she had trouble finding out what was going on with those in the household.

“He was very poor. There was basically no communication,” she said.

A phone call with her father revealed that the meals had not been delivered to her room. He also complained that his oxygen cylinder had not been refilled.

Ms Clarke gave emotional testimony, saying she hoped her father would be taken to a hospital if his condition suddenly deteriorated.

“I thought I could get better treatment in a hospital than in a nursing home. I mean they were dealing with an outbreak at that stage.”

He criticized the public emphasis on the underlying health issues of residents who had died by that time, saying that COVID-19 had taken away the time they still had left.

“Without COVID, they might have lived a little longer, long enough to see family again, to see their new great-grandchildren… see their next birthday, not have died alone,” he said in a statement.