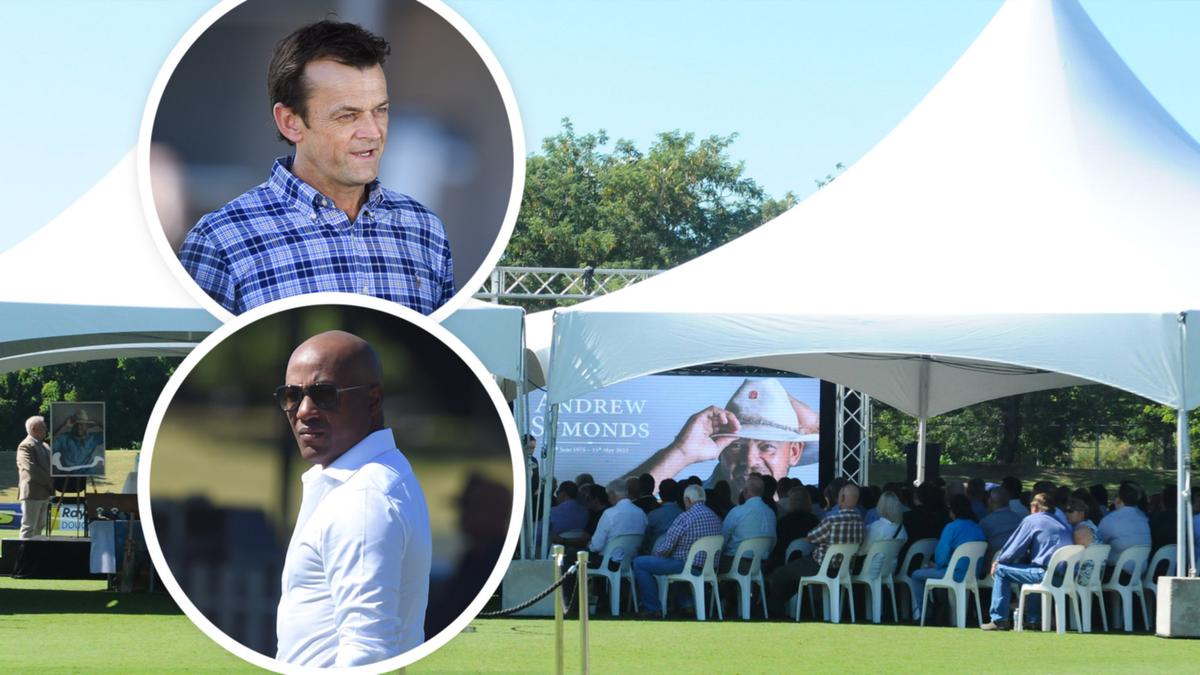 Australia’s cricket greats gathered at a private service in Townsville to celebrate the life of Andrew Symonds with an appropriate dress code of “definitely no jacket or tie required”.

Symonds’ wife and two children arrived at Riverway Stadium on Friday, joined by former teammates Ricky Ponting, Adam Gilchrist, Shane Watson, Mitchell Johnson, who were among a plethora of cricket royalty to bid farewell to the proud North Queenslander who died in a car accident on May 14.

At the private morning service, hats, flowers, a crab pot and a bat were placed at the foot of his casket, items symbolizing the many facets of Symonds’ life.

There was also a photo of Symonds in an Akubra hat, sporting a smile off-road fans will fondly remember.

His larrikin nature and true Australian character resonated with cricket lovers across the country during his first-class run of 227 matches.

It was that personality that ensured he was admired for his bullish nature with the bat and arrow accuracy in the field for Queensland and Australia.

The public will celebrate Symonds’ life at a memorial service beginning at 12:30 pm Washington time.

Former Australian and Queensland goalkeeper Ian Healy will MC the tribute with Ponting, Gilchrist and Darren Lehman among the speakers.

Matthew Mott and Jimmy Maher will also speak before poet Rupert McCall delivers a poem celebrating the life of his good friend.

The gathering of Australia’s cricket elite is a fitting tribute to Symonds, who wowed audiences around the world.