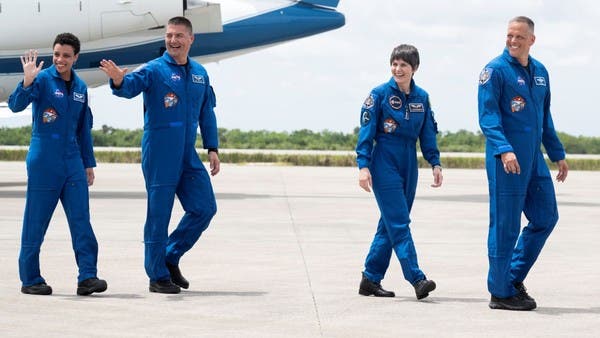 NASA’s Space Launch System rocket is heading back to its assembly building for repairs next week, pushing the earliest possible launch date for its uncrewed test flight to the Moon to later this summer, officials said Monday.

Since April 1 the space agency has been unsuccessfully attempting a key “wet dress rehearsal” test, so dubbed because it involves loading liquid propellant.

The procedure is meant as a run-through of launch operations, including a final countdown to within ten seconds before blast off, but without actually firing the engines.

For the latest headlines, follow our Google News channel online or via the app.

These included a leak involving flammable liquid hydrogen, a faulty valve that prevented fueling of the upper stage and running low on supply of nitrogen that is used to purge oxygen from the rocket prior to tanking operations, for safety reasons.

The rocket, which is 322 feet (98 meters) tall with the Orion crew capsule fixed on top, will begin its slow journey back from Kennedy Space Center’s Launch Complex 39B to the vehicle assembly building on April 26, where it will be repaired.

Asked what this might mean for the earliest opportunity to launch the Artemis-1 test flight to the Moon and back, senior official Tom Whitmeyer said: “I think the early June window would be challenging.”

NASA had previously envisaged a test flight as early as May.

There are subsequent launch windows in July and in August. These depend on factors like the relative positions of the Earth and Moon, as well as how long the rocket will have to fly in an eclipse, since it requires the Sun to keep it powered and thermally regulated.

A delay in Artemis-1 will have a cascading effect on subsequent missions — Artemis-2, the first uncrewed test flight around the Moon, and Artemis-3, which will see the first woman and first person of color touch down on the lunar south pole.

NASA wants to build a permanent presence on the Moon and use it as a providing ground for technologies necessary for a Mars mission envisioned for sometime in the 2030s.