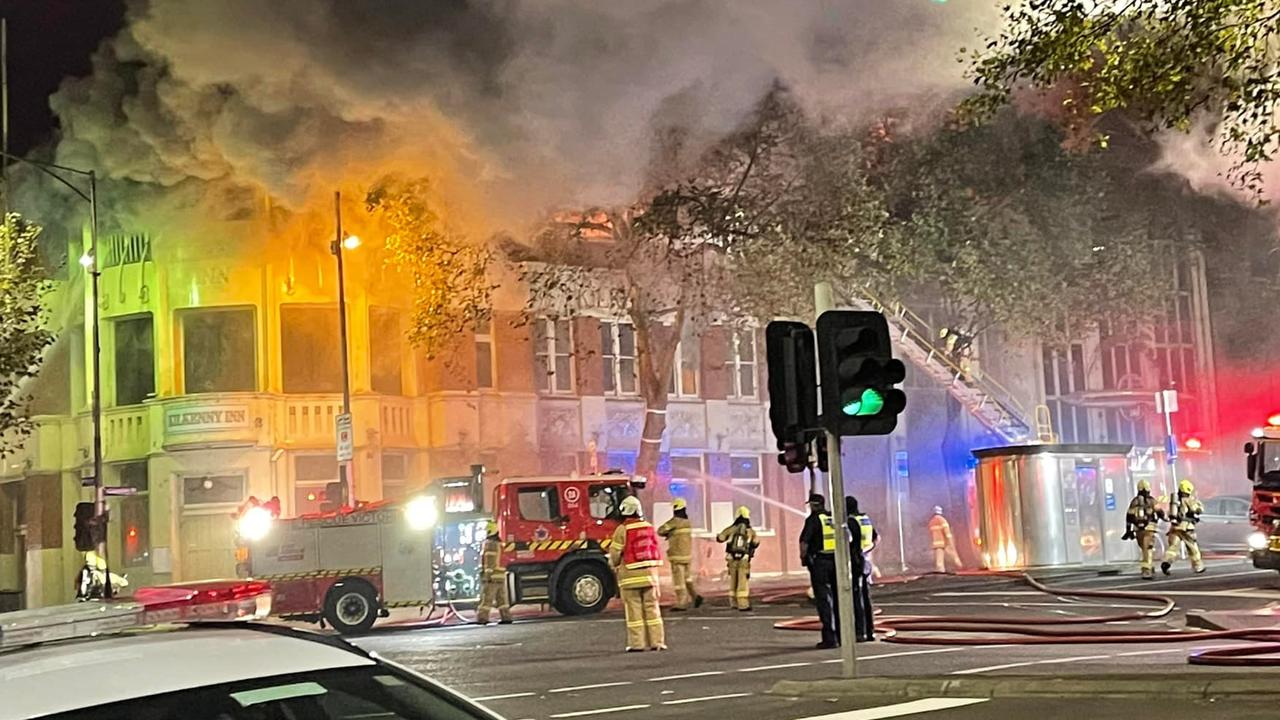 An abandoned strip club in the heart of Melbourne’s CBD caught fire overnight and police are treating the fire as suspicious.

Police are investigating the circumstances surrounding a fire at an abandoned strip club in the heart of Melbourne’s CBD.

Goldfingers, at the intersection of Lonsdale Street and King Street, caught fire shortly after midnight on Tuesday, with emergency services rushing to the scene.

More than 50 firefighters battled the fire and brought it under control in 90 minutes. Crews are still unable to enter the building due to security concerns related to structural damage.

The fire caused significant damage to the building and police have established a crime scene.

VicTraffic has reported that King Street is closed in both directions between Little Bourke and Little Lonsdale streets, with detours and interrupted bus and streetcar services.

Lonsdale Street is also closed between Spencer and King streets.

Police have warned there will be long delays as the intersection will be closed to traffic and pedestrians for some time.

Detectives are treating the fire as suspicious and a crime scene has been established.

The club was forced to close during the Covid outbreak and authorities believe no one was inside at the time of the fire.

Anyone with information about the fire is asked to contact Crime Stoppers on 1800 333 000.