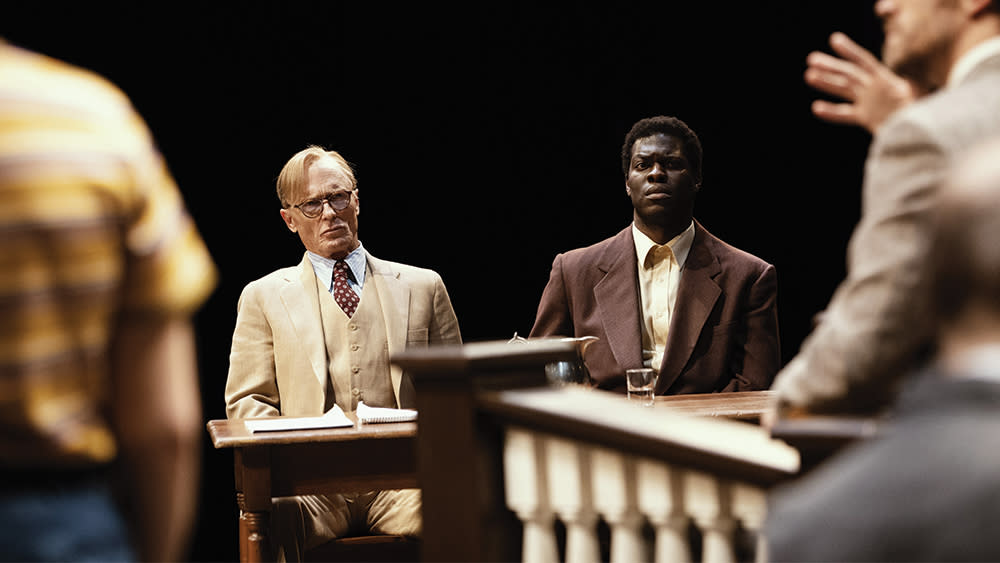 “To Kill A Mockingbird,” Aaron Sorkin’s stage adaptation of Harper Lee’s beloved coming-of-age novel, is not returning to Broadway as previously announced.

A spokesman for the production declined to comment on the cancellation to Variety. News of the hasty cancellation was first reported by entertainment news outlet Showbiz 411.

The play, which opened on Broadway in 2018, had its final run at the Shubert Theater on January 16. At the time, it was reported that the show would reopen in June at the Belasco Theater. The date was later moved to November 2, with the planned venue changing to the Music Box Theatre. Now, the work will be closed completely, according to a report in the New York Times.

In an email obtained by the Times sent Thursday night to the show’s cast and crew, playwright Sorkin and director Bartlett Sher blamed the show’s original lead producer, Scott Rudin, for the decision. Sorkin and Sher reportedly wrote in the email that Rudin, who stepped down from an active role on the show last year after allegations of his abusive behavior toward staff surfaced, “rejoined as a producer and for reasons which, frankly, are incomprehensible to both. , prevented the reopening of the work.

The Times also obtained an email Rudin sent to Sorkin and Sher on Friday, in which the producer attributed his decision to concerns about the show’s profitability should it reopen later this year.

“The reason I chose not to bring back ‘TKAM’ has to do with my lack of confidence in the weather for next winter’s construction,” Rudin said in the email. “I don’t think a new version of ‘Nightingale’ would have been competitive in the market.”

When “To Kill A Mockingbird” opened in 2018, it was an immediate financial success, grossing an average of $2 million in ticket sales a week and making a payback in 19 weeks. It also received rave reviews and was nominated for nine awards at the 2019 Tonys, with Celia Keenan-Bolger winning for her role as Scout Finch. It ended up at the center of controversy after Rudin’s lawyers canceled dozens of non-profit and community productions of a different adaptation of playwright Christopher Sergel’s novel that was released in 1991, for which the producer eventually apologized.

When the play resumed performances last October, after Broadway closed in March 2020, original star Jeff Daniels returned to the role of Atticus Finch, and the show continued to sell well. However, after Daniels left on January 2 amid a drop in Broadway sales amid the pandemic, the show’s gross receipts dropped significantly.

A production of the play opened in London’s West End in March, starring Rafe Spall and Gwyneth Keyworth as Atticus and Scout. In addition, a national tour of the United States began in Boston in April. Both productions will remain open until the Broadway production closes.