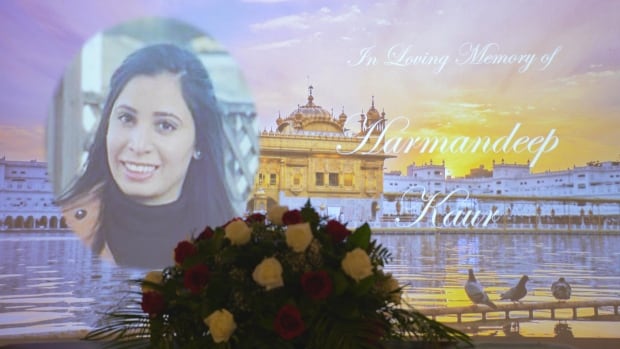 A funeral service was held in Squamish Saturday to honor Harmandeep Kaur, a 24-year-old security guard at the University of British Columbia’s Okanagan campus (UBCO) who died after being assaulted on the job.

Kaur’s family, including her parents who arrived from India, gathered at the Squamish Funeral Chapel one week after her death.

“She is a shining light,” Kaur’s relative, Kuljit Pabla, said after the service.

“I said inside the brightest stars, they shine very bright, but they don’t last forever, and it just seems like her life was cut too short.”

Cousin Amrit Pal Singh said he and Kaur came to Canada in late 2015 for their studies.

Singh said Kaur recently received permanent residence and was excited about being able to create the life she wanted for herself.

The RCMP are investigating Kaur’s death. Police said an employee at the university was arrested over the weekend in connection with her death de ella and taken to hospital under the Mental Health Act.

A statement said he could face murder charges, but no charges have been laid.

The service came a day after as many as 500 people attended a vigil in Kaur’s honor at UBCO.

Amarjit S. Lalli, president of the Okanagan Sikh Temple in Kelowna, watched Saturday’s service remotely and said the community is still coming to terms with her death.

“It’s heartbreaking,” he said. “It was a senseless act of violence and it should have never happened, but it did. It’s basically devastated the whole community.”