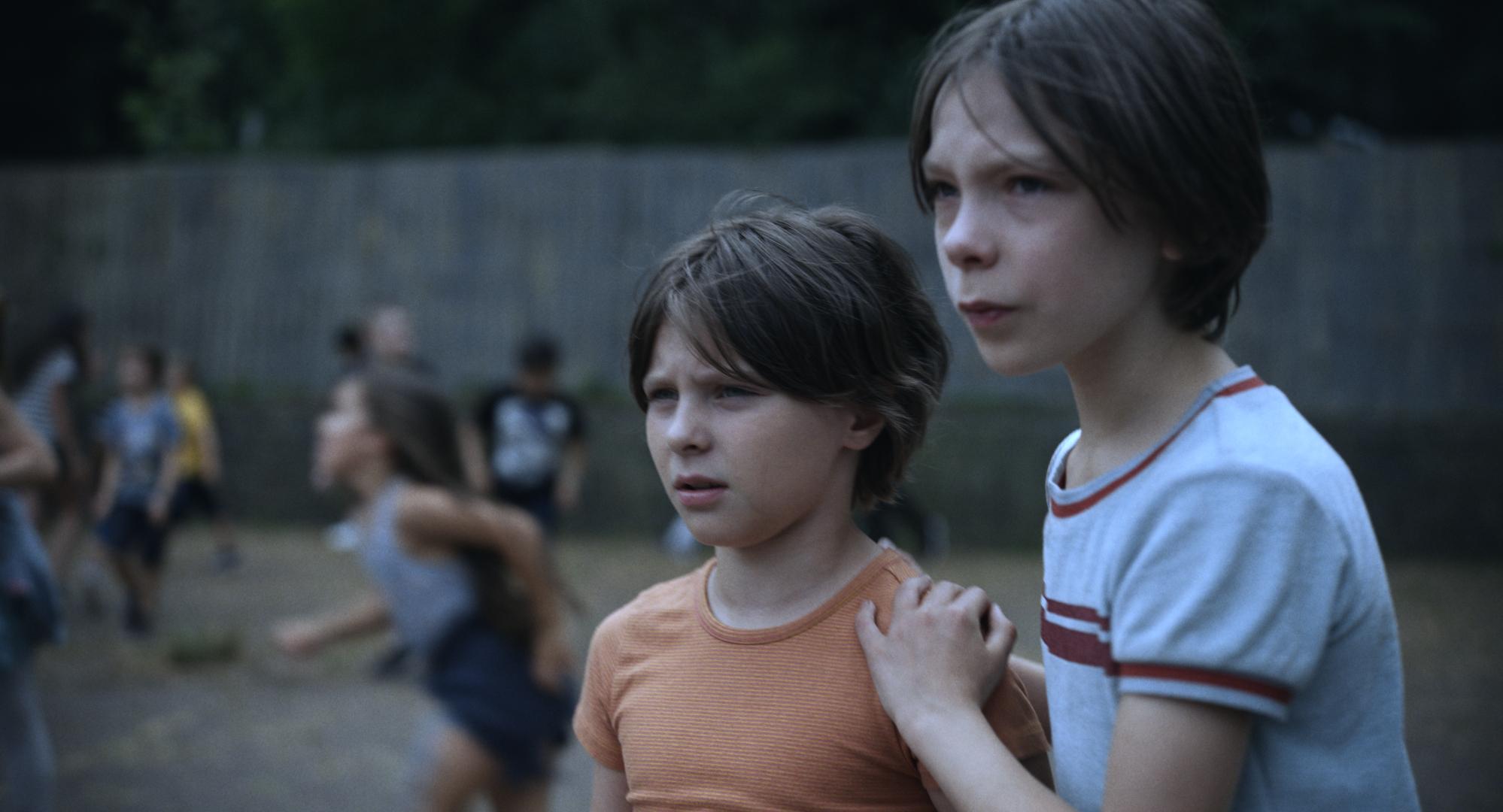 Now in its 25th year, the Chicago European Union Film Festival is one of the programs I look forward to the most because it’s a chance to see movies that are rarely spotlighted elsewhere in town. While this year’s crop is short on big names, there were few that I wasn’t at least curious about. Of the 19 features, most are Chicago premieres, and of the five I watched, no two are remotely alike.

Laura Wandel’s debut feature playground (Belgium, 2021) is one of the most accurate and harrowing portrayals of childhood I’ve ever seen put to film. Anchored by an utterly natural performance by Maya Vanderbeque as seven-year-old Nora, starting at a new school, kicking and screaming the whole way, the camera never strays far from her face de ella and what that face sees. As everyone who’s survived it knows, the playground is a battlefield where alliances don’t last and landmines lurk throughout. In 72 minutes the film shows Nora aging decades as she learns to navigate her new environment, a model of what she already knows will be the rest of her life. I was on the point of tears throughout, just as she is, knowing there’s no saving her from her, or anyone else, from what she’s waiting ahead. It’s a film that will stay with me for a long time.

servants (Slovakia/Romania/Czech Republic, 2021), directed by Ivan Ostrochovský, is set in Czechoslovakia in 1980 and concerns two young men who join a Catholic seminary in order to escape the country’s totalitarian strictures. Unsurprisingly, they learn that state communism only pays lip service to the authority of the church. Filmed for no apparent reason in black-and-white, I found this a tedious and mostly impenetrable exercise in aestheticism. The filmmakers have clearly seen many films and believe they can telegraph gravitas by employing fancy camerawork and such. But without an emotional or narrative underpinning, all the style in the world is no deeper than a perfume ad.

A sweet documentary portrait of two people testing the limits of sexual desire, Mauro Russo Rouge’s Bloom Up: A Swinger Couple Story (Italy, 2021) follows Betta and Hermes, a married couple in Turin. They run a pet store per day but spend all their free time setting up encounters in the swinger community. As each state repeatedly throughout, the goal is to show that they and their friends are just like everyone else, despite their nonstandard sexual interests. While the film goes a long way toward destigmatizing an outré lifestyle, I was struck by the labyrinthine logistics involved in arranging encounters that are supposed to be all about freedom and exploration. So many ground rules and variables are involved. In the end, no matter the brave face they put on it, what threatens this pair’s beautiful relationship is not unlike the thing that imperils those who’ve tried nothing but missionary with a single partner. Still, the way they get there is well worth the trip.

Giedre Žickytė’s The Jump (Lithuania/Latvia/France/Germany, 2020) is a documentary about Simas Kudirka, a radioman on Soviet ships, who, in 1970, attempts to defect to the US by jumping onto a Coast Guard ship docked alongside his in Martha’s Vineyard. Returned and convicted, he’s sent to the gulag to serve a ten-year sentence. But thanks to the efforts of Lithuanian American protests and lobbying, Kudirka is freed and allowed to immigrate to the US The movie is at its best when it points out the ways both the US and USSR use Kudirka to their own propagandistic ends. The man himself remains a cipher. Deciding late in life to move back to the homeland he once rejected, he leaves the viewer wondering why he ever wanted to escape in the first place.

In The Pit (Latvia/Finland, 2020), from director Dace Pūce, a young boy has to adjust to life in a small town full of gossip and family secrets. The film feels like an old-fashioned fairy tale, sharp edges, primitive morals and all. Alcoholism, violence, and intolerance seem to be a way of life here, yet people keep going. It’s remarkable what we can get used to. The film is very wise about how the harder adults try to hide things from children, the higher price those children will pay in consequence. Not for the faint of heart.

I’m looking forward to catching at least five other films during the festival’s two-week run. If a viewer can’t find something to catch their eye in this lineup, they’re not looking very hard.