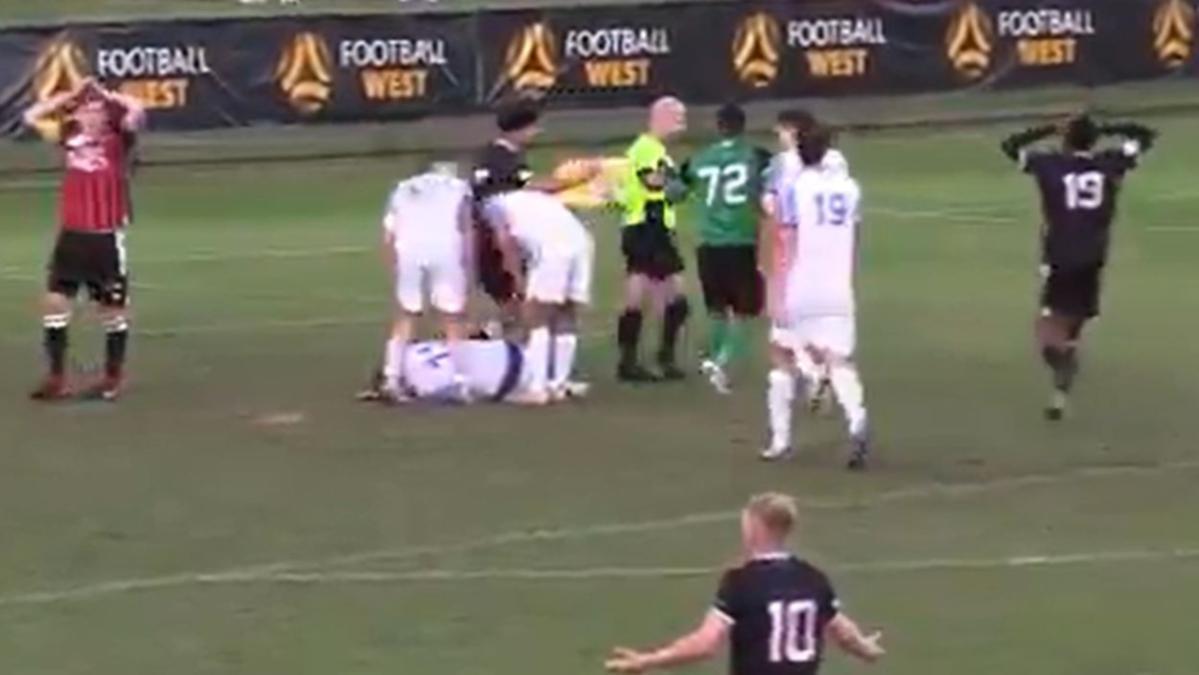 A new camera angle has shed more light on the controversial penalty kick that gave Cockburn victory in the cup final and split Perth’s footballing community down the middle.

Armadale goalkeeper Yousri Gharsallah easily collected a ball in the closing stages of Sunday’s State Cup final, but as he lunged forward to grab it, Cockburn’s Jeff Bright flew past, before dramatically writhing in pain inside of the area.

SEE THE NEW VISION IN THE PLAYER ABOVE

A penalty was awarded for the incident, which at first glance on broadcast seemed odd, but the new angle, released by Football West after the final, shows Gharsallah’s dragging leg catching Bright near the groin.

Now the referee is being praised for his composure and conviction in signaling the point and sending off the keeper, knowing it would almost certainly decide the game.

It led to scenes of protest and confusion from the Armadale players, but the decision was upheld when Gharsallah received a red card.

Daniel Robinson stepped in to score the winning penalty, which sealed the result and handed Cockburn the cup for the first time in 27 years.

A man who appeared to be an Armadale fan jumped onto the pitch at the final whistle, addressed the group of referees directly and expressed his displeasure before being led away by one of the players.

Was it a penalty? Watch the video and give your opinion in the comments below.