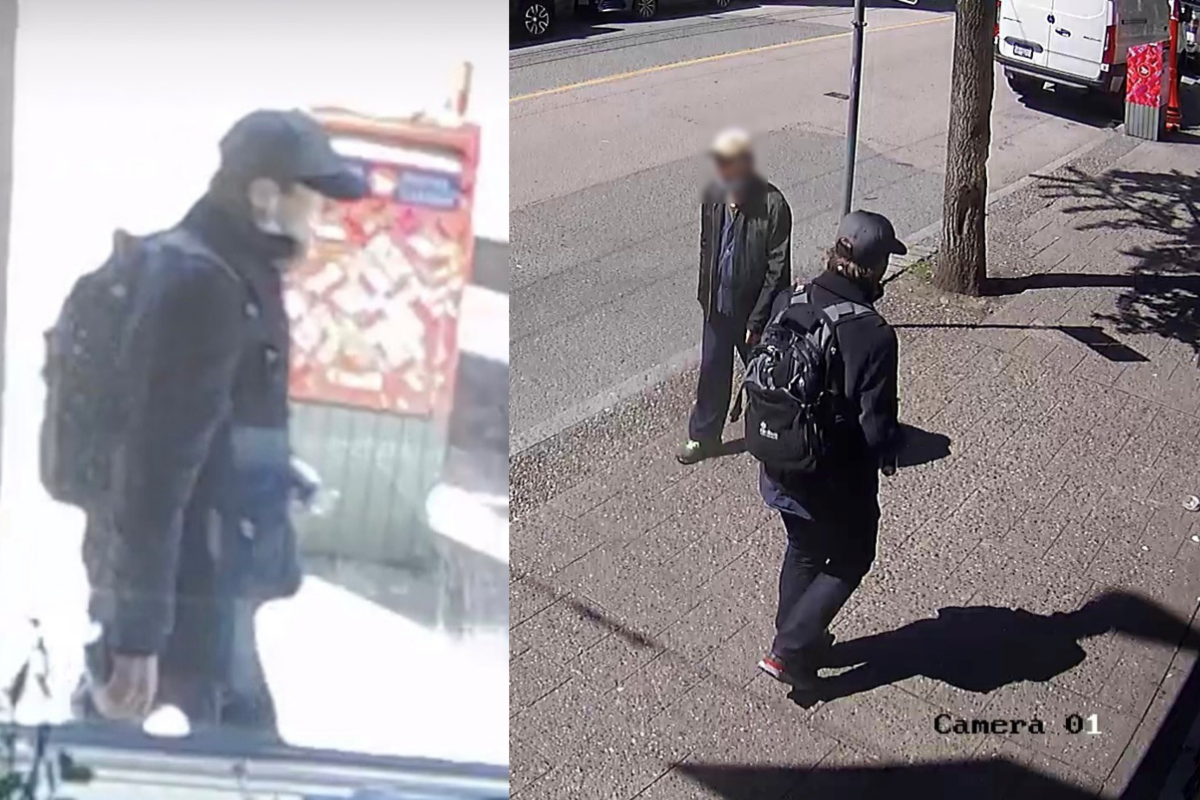 Vancouver police are searching for a man after an alleged assault in Chinatown that may have been racially motivated.

On Friday morning (May 20), an 87-year-old man living in Chinatown was out for his morning walk around 11:40 a.m., according to a police news release.

While standing at the bus stop near Pender and Columbia streets, a stranger approached the man, made racist comments and then sprayed the elderly man in the face. A passerby witnessed the attack and helped the man.

“Everything indicates that this incident was unprovoked and may have been fueled by anti-Asian hatred,” says Const. Tania Visiontin.

After attacking the elderly man with bear spray, the suspect fled the scene.

“Given the time of day and location of this incident, we believe there were witnesses who have not yet come forward. We also believe that there will be people who recognize the suspect and can help us identify him,” adds Visintin.

The victim was traumatized by the attack and sustained non-life threatening injuries.

Police are now investigating whether the attack is linked to other racist incidents.

“Vancouver police are now investigating whether Friday’s attack is related to the offensive graffiti that appeared this week on the red gates outside the Dr. Sun Yat-Sen Classical Chinese Garden, located just meters from where the elderly man was attacked. “, the state police said in the statement. . “The graffiti – the word ‘Shhh’ in white paint – was interpreted by many in the community as a backlash against Chinatown residents, who have been increasingly speaking out about crime and safety concerns in their neighborhood.”

In just a few years, anti-Asian hate crimes and graffiti in Chinatown have skyrocketed.

“Between 2019 and 2021, there was a 300 percent increase in reported graffiti incidents and a 425 percent increase in anti-Asian hate crime incidents in Chinatown,” police say. “Still, nearly two-thirds of crimes go unreported in the neighborhood, according to merchants and residents who have spoken with VPD about their concerns.”

More officers are patrolling Chinatown, according to police, to address community concerns.