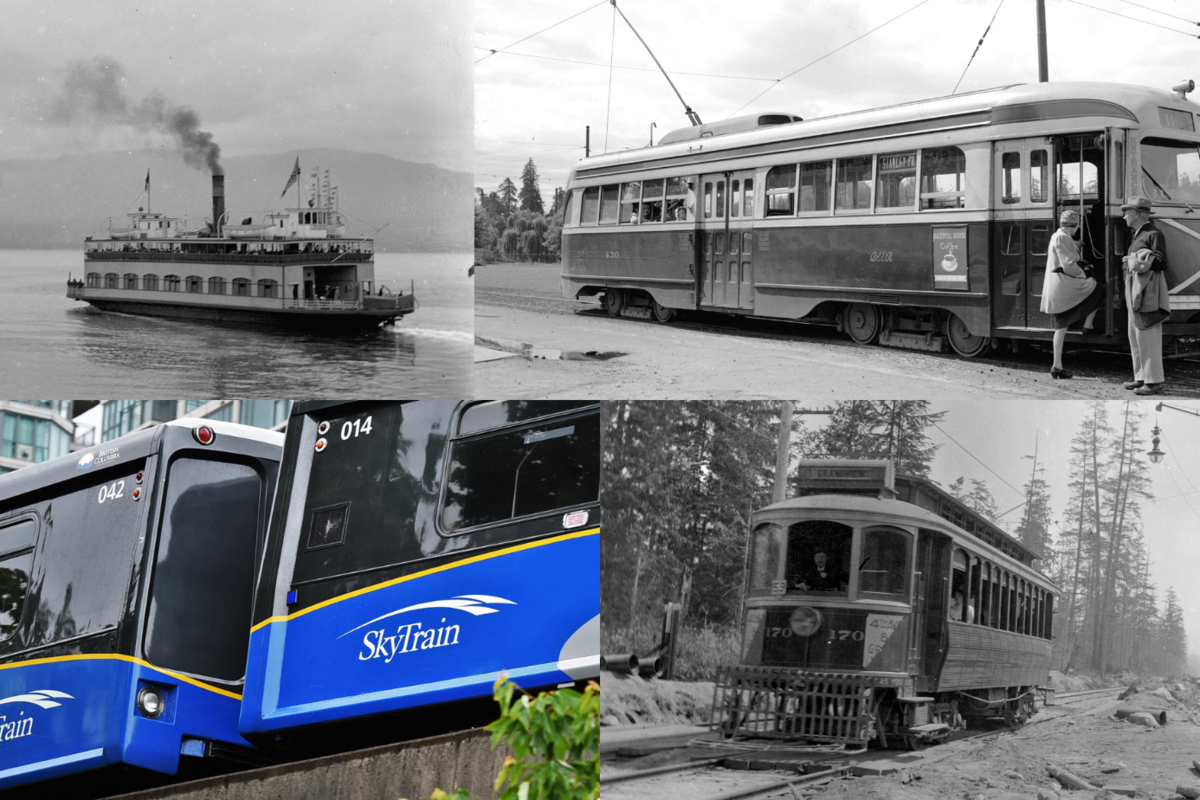 For more than 120 years, public transportation has helped people get around Vancouver.

Before automobiles were a common sight on the highways, when horses and carriages still ruled the streets, streetcars came to Vancouver. Since those first pieces helped move people, the system has transformed and grown to help move people.

There have been plenty of “Did You Know” moments in that time, and we’ve collected a few that are hopefully dark enough to make you say “I didn’t know that!”

To be fair, electric lighting was new and rare in 1890s Vancouver, so the company didn’t turn on too many lights, but made sure they were on anyway.

At the time, the company was the Vancouver Electric Railway and Light Company (VERLC), after a merger between two specialist companies before the municipal railway actually started. That only lasted a few years before VERLC failed and was grouped together with the bankrupt Victorian and New Westminster railway and light companies to become the Consolidated Railway Company. Then it failed.

The BC Electric Railway Company was then founded and the two different electric services were separated.

First, let’s explain that Vancouver has an extensive trolleybus system; those are the ones that are hooked to wires powered by electricity. Translink has over 260 in Vancouver.

And, until 1973, you didn’t need a license to drive one, even though 1970s Vancouver traffic was serious business.

This was because they replaced the old streetcars that ran on rails. Since they did not have a fuel source of their own, they were considered railway vehicles (despite having rubber tires and running on roads). Regulations changed and all current streetcar drivers have licences.

3. The heat dome was so hot it slowed down the SkyTrain

One of the metrics by which Translink measures success is through On Time Throughput (OTP); it is essentially the percentage of the time that the transit is on time. The goal is 96.5 percent, which SkyTrain achieved for 15 consecutive months beginning in March 2020. That ended in June 2021.

What broke that streak?

“June punctuality was affected by the extreme heat experienced at the end of the month,” says Translink in a 2021 report. “A mitigation step that affected OTP was slowing down trains due to high temperatures in the running rails. Reducing the speed of the train limits the amount of heat that is transferred from the train to the rail.”

That’s right, the rails were getting too hot, which is a very bad thing.

June is down to 95.2 percent, which isn’t bad, but let’s remember that the heat dome only came late in the month; most of the month was trading at or above standard.

4. Vancouver’s transit system had some records, but they’re slowing down

There was a time when Vancouver’s transit system held two world records. The SkyTrain system was the only (at first) and largest driverless system in the world for decades, but several Asian cities have recently overtaken it (and no, the Broadway extension won’t help Vancouver regain the top spot).

At the time, the Skybridge was the longest cable-stayed transit-only bridge in the world (also, fun fact, it was built in part by Hyundai, the same company that puts things like Elantras and, before that, Ponys on the highway). The bridge between New Westminster and Surrey is 616m long and from its construction until 2019 it was good enough for the record. Then Chongqing built a bigger one.

There is at least one more record held by the Vancouver transit system; Line 99-B is the busiest bus route in Canada or the United States. However, that record has a clock as the Broadway subway line is being built for that very reason.

5. One of the precursors to the SeaBus became a North Vancouver restaurant until it had to be literally scrapped.

Vancouver’s SeaBus is perhaps the most fun part of the city’s transit system. Small public passenger boats are a rare sight in most urban settings; Sure there are ferries everywhere, but few are an essential piece of passenger infrastructure.

Ferries of some sort have long been crossing Burrard Inlet (except for a period until the 1960s when bridges sufficed).

One of five vessels (Ferry No. 5) that crossed the 1940s and 1950s ended service in 1958 and quickly became a restaurant floating on the water off North Vancouver. The service continued for 40 years (more than double its time as a ferry) until it closed in 2001. The ship was scrapped in 2002.

Do you have any other fun facts about transit? Let me know; brendan@vancouverisawesome.com